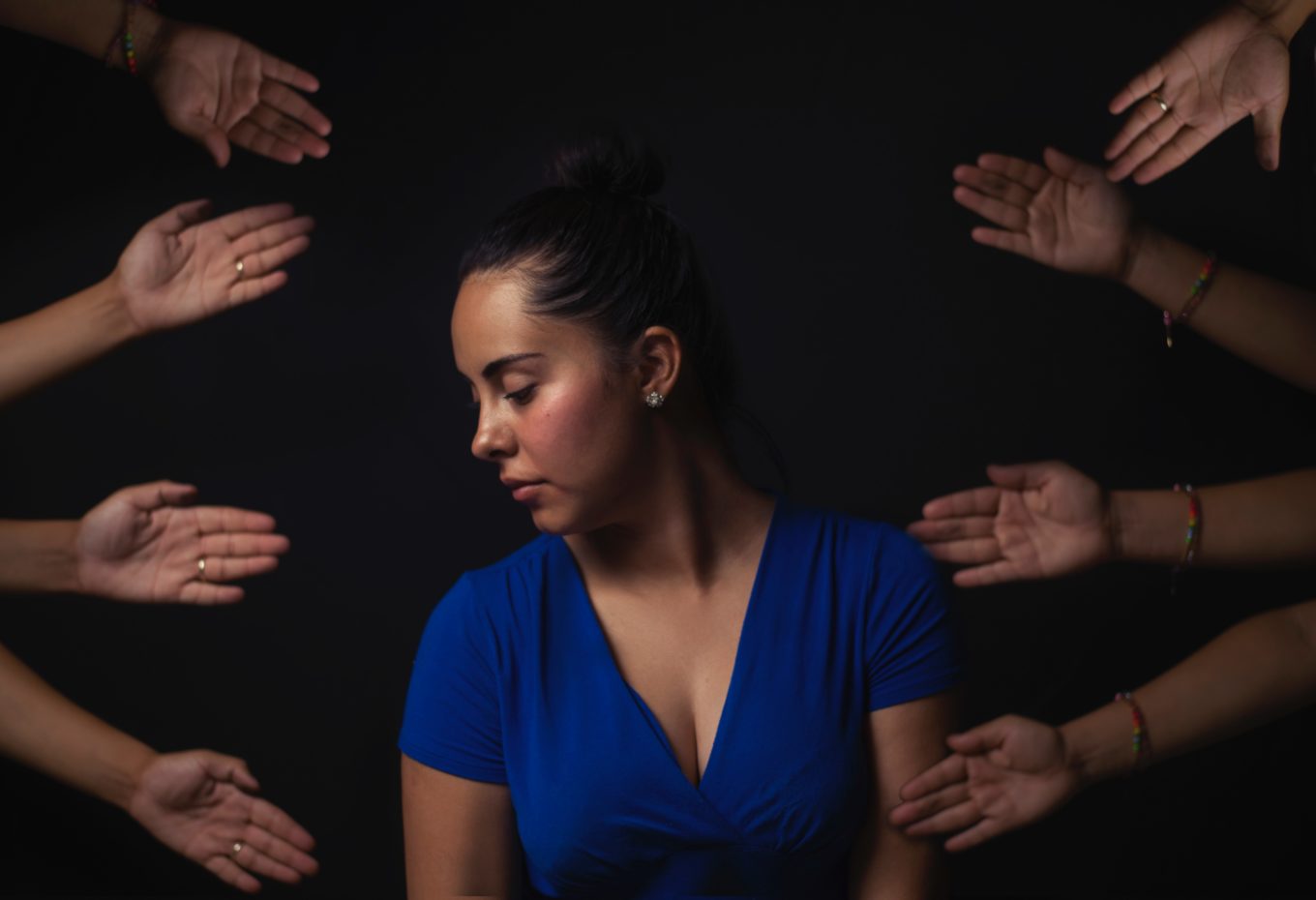 Only within the last year (2018), 58 192 immigrants have voyaged to Norway. For instance, this number is bigger than the population of Tromsø (52 436) – the largest city in Northern Norway.

People move to this part of the world for various reasons – family immigration, studies, better work opportunities. Their journey is long, and the road is unclear, but somehow they make it.

It was after a long-tedious divorce process in her homeland Russia, she decided to switch bases and create a better life for her 6-year-old daughter and herself. So, when Natalia moved to Norway, she was only 25 years of age, armed with dreams of carving a good life with the help of her Bachelor’s degree she had obtained from her home country. Along with a child in tow and some suitcases, and a cautious heart that was hopeful that everything will work out. But, finding work with a degree from outside of Norway was extremely tough.

Slowly, Natalia started building her new life; where she was working full-time while studying and taking care of her daughter. The road that was unclear from the beginning started to emerge. After a few years, she became a teacher in a local school.

One morning, the Headmaster of the school told her, ‘Hi, beautiful.’ She thought it wasn’t appropriate – the man was married. It didn’t stop there as later on, the Headmaster went further.

Sometime after, Natalia started receiving vulgar comments at work and photos of genitals. Once she was locked in a classroom when the headmaster came in and closed the door with a key. When he started coming closer to Natalia, someone knocked on the door. The Headmaster left but Natalia considered it as a dangerous sign and asked him to stop treating her that way.

The man didn’t stop even after she told him that she was going to report him. The Headmaster said she could lose her job and nobody would believe her anyway. Sadly, Natalia chose to believe his words and simply gave up.

“I don’t have Norwegian citizenship; basically I’m nobody here. Who will protect me? I know what they will tell me anyway … that it was me who provoked him. Now, I am teaching in a different school and just trying to forget…”.

[‘Natalia’ isn’t her real name. The woman has decided to remain anonymous]

I decided to answer Natalia’s question on who can protect her and what steps should be taken when an immigrant faces harassment in Norway.

Natalia should collect evidence to prove that the harassment took place – emails, Facebook messages or witness statements. Also, she needs to notify the employer about what happened; since the employers in Norway have a legal obligation to prevent harassment at the workplace. After that Natalia should consult with a lawyer, who will explain all the nuances of Norwegian Law. The last step is submitting the case to Equality and Discrimination Ombud, an organization that provides advice for victims of sexual harassment.

I started by looking for a lawyer.  There are a lot of private law firms and organizations such as JussBuss (run by students) and Frirettshjelp (sponsored by Oslo Kommune) that can provide free legal advice. Non-profitable organisations don’t take cases to court, but they consult and give their clients the tools to resolve problems on their own.

I was wondering whether immigrants who don’t speak Norwegian could contact those organizations to get help, and was pleasantly surprised.

As Ida Tønnessen, a manager of Jussbuss, explained:

Jussbuss provides help in Norwegian and English. If our client do not speak Norwegian or English, we do pay for interpretation services so that anyone can get legal aid from us. We try to help as many people as possible.

You can contact Jussbuss by phone or drop-in during the opening hours (Monday and Tuesday), or even submit your case electronically.

Frirettshjelp, the organization where I got free legal advice from, consult clients both in English and Norwegian. You can book an appointment by calling Frirettshjelp or drop-in as I did.

It is okay, if you don’t have a Norwegian personal number but do remember to take your ID with you. Once I reached there, I took a ticket and waited in a queue for a lawyer. The waiting time is approximately one hour.

I was invited by my name into the lawyer’s office. My lawyer, Juliane Killingren, was friendly and confident. She didn’t want to be recorded on tape, but she was happy to help me by providing information in English regarding Natalia’s case. So, she opened Norge Lover (The Constitution of the Kingdom of Norway) and explained how Norwegian Law defines sexual harassment.

Sexual harassment is prohibited in Norway as it is stated in Section 8 – Gender Equality Act.

Section 8-1 of the Working Environment Act:

Sexual harassment means unwanted sexual attention, harassment from, for example, colleagues or superiors, which are bothersome for the person who faces such attention. This will, in many cases, be considered the same as other types of bullying which the employer is obliged to prevent. In serious cases, this harassment may also be a criminal offence pursuant to the provisions in the Civil Penal Code relating to sex crimes.

There are three types of sexual harassment:

Verbal harassment: unwelcome flirting and compliments of a sexual nature, sexual expressions and suggestions, comments about body or appearance.

Physical harassment: includes anything from unwanted touch, hugging and kissing to assaults like rape.

If a civil action is brought against the employer in the court, a person who is subjected to sexual harassment may in some cases be entitled to compensation from the employer. The violation may also be punished by imprisonment for up to 2 years.

The lawyer in Friretthjelp, Juliane Killingren, assured me that being an immigrant in Norway isn’t a vulnerable position because law treats everybody equally.

The lawyer in Friretthjelp, Juliane Killingren, assured me that being an immigrant in Norway isn’t a vulnerable position because law treats everybody equally.

I decided to go further into details on this subject with Hans Marius Graasvold, the practical lawyer and co-owner of a law firm Graasvold&Stenvaag. We met in his office in the city centre of Oslo.

Here are some questions I asked Mr Graasvold:

Is it legal to record your employer without telling about it?

Of course, it is legal to record someone as long as you are a part of the conversation. You can store any information: phone calls, emails, any communication on the Internet.

When it comes to Natalia’s case, what was she supposed to do first? Report to police or find a lawyer?

Sexual harassment cases are civil cases. So, Natalie’s case isn’t really for the police, unless there is something criminal, like rape. Thus, the first thing she should do is to report what happened with her- to her employer: not the person who has been harassing her, but the person of the next level.

The employer has an obligation not only to prevent sexual harassment but also properly respond to it. That’s how it should be. Of course, Natalia should try to document this conversation. For instance, she can communicate with her employer via email.

That’s how everyone can approach the situation in a smart way. Once again, it doesn’t matter whether you were born Norwegian or not. You still have the same rights.

If a victim wants to go with this case to court, should it be reported to the police first?

If the employer doesn’t respond, usually what you have to do is to file a civil lawsuit. To do so, you should hire a lawyer who can help you with the procedure.

Yes, several. I work for many organizations in artistic fields. And we get lots of such cases through different organizations. On average,  we handle 4-6 cases on a regular basis (per month).

Do victims of sexual harassment have high chances to win in court?

Yes. If you can prove that you were in the same place at the same time and had at least one evidence, like a message, a record or a photo…But actually, there are not so many cases that reach the court. Those cases are usually solved with negotiations. People don’t want to ruin their reputation. Often, lawyers help people who have been a subject of sexual harassment to negotiate financial compensation.

Does a person who reports on their employer have a chance to save their job after all?

Absolutely. When you report on your employer, they can not retaliate or do anything negative like firing you or replacing you. You have special public protection in this case.

What is the amount of economic compensation, usually?

It’s not the same all the time. Obviously, it depends on the case. Some cases are less serious. So, the compensation can vary between 10.000 and 70.000 Norwegian Krones.

How much does it cost to hire a lawyer in Norway?

What would you say to immigrants who hear that the Norwegian Law protects everyone, including them, but they don’t believe it?

I understand that it is hard for them to believe that they have the same rights, the same type of protection. We have also been helping migrants who were subject to human-trafficking or forced to prostitution. I need to admit that every Scandinavian country is working on quite a solid system to protect everyone who needs help. Victims should only contact the lawyer; they don’t even have to pay for it. There are organizations in Norway that can help for free.

People need to know that they are powerful. Legislation can help them to use their power.

Learning your rights as a foreign citizen can protect you in different cases. Reading and understanding the law can take some time and plenty of energy. However, Norway offers a number of organizations that can be helpful in doing so. All you need to do- is ask. During my research, each organization treated me seriously even though I was a newcomer who could barely speak Norwegian. It gave me an immense sense of relief in knowing that-

“Natalie isn’t just ‘anybody’ like she said. She is a woman with rights.”

Maya Kislykh,
a girl who believes in justice.

Maya Kislykh was an intern for The Oslo Desk’s journalism training program 2018.

Maya was born and raised in Kyiv, Ukraine. After completing her Bachelor's degree in Film in Krakow, Poland, she lived in Greece and Norway for a while. In 2018, Maya was an intern at The Oslo Desk. At the moment, Maya pursues a career in copywriting in Poznan, Poland. She is proud of being a cosmopolitan.