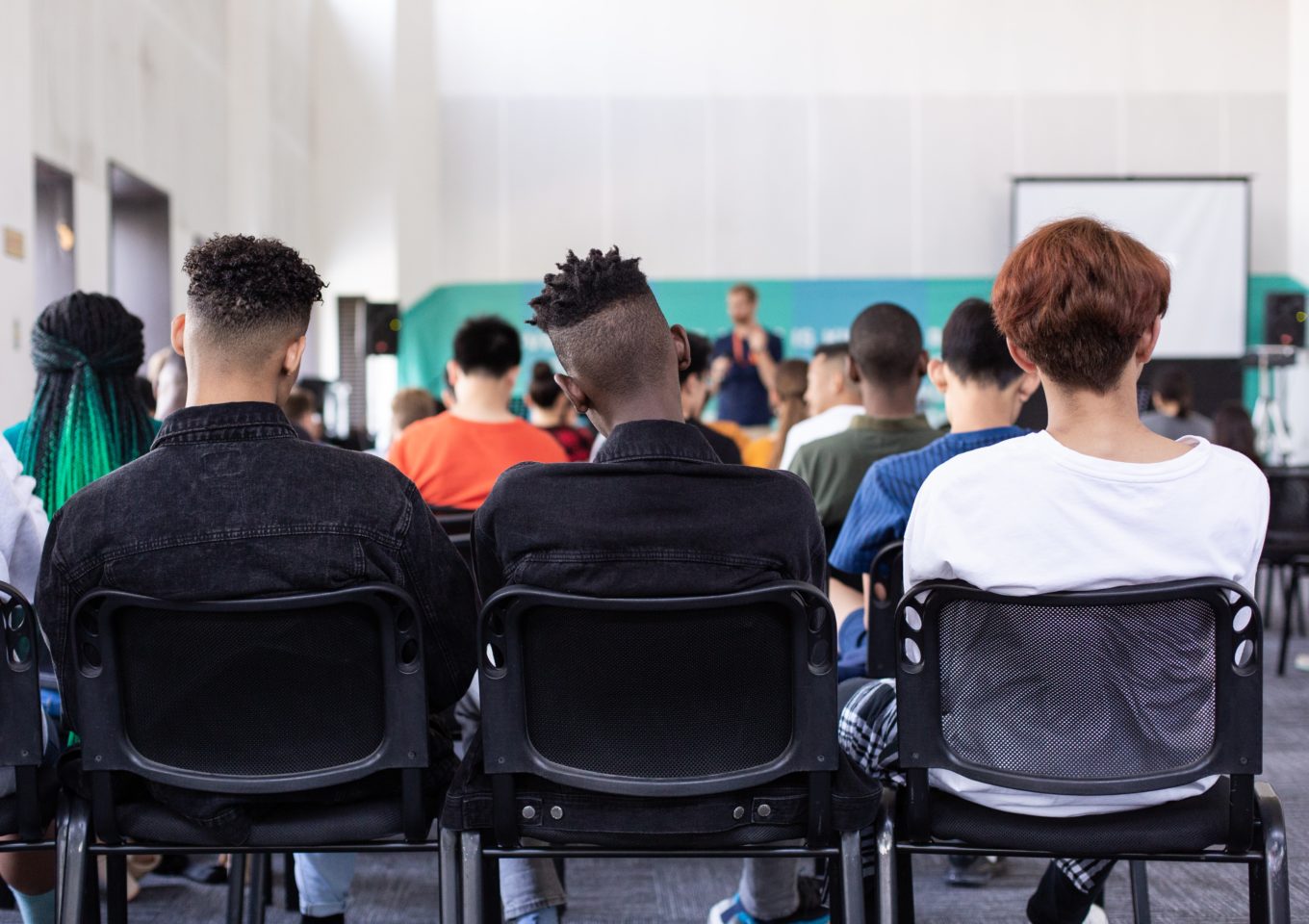 In 2020, the Norwegian Department of Education (Utdanningsdirektoratet) published a revised version of the national curriculum for primary and high school. Its core curriculum entitled Values and Principles for Primary and Secondary Education, defines the three topics health and life skills, democracy and citizenship as well as sustainable development as interdisciplinary core topics that should form the basis for all teaching. The terms are not clearly defined, leaving it mostly up to individual teachers and schools to interpret their application in the classroom.

The curriculum highlights the need to teach cultural understanding and languages in order to understand the ‘different trends and cultural traditions’ (translated from The Norwegian Directorate for Education and Training (Udir)’s own translation of ‘ulike strømninger og kulturtradisjoner’). The word choice and use of the term “trends” fails to acknowledge the global responsibility that comes with living in one of the world’s richest countries (that owes its riches to the destruction of the climate, but that is a different story). The OECD called this ‘teaching for global competence’ in a report published in 2018. The report, like the Norwegian curriculum, acknowledges that globalization calls for new skills and capacities. However, it goes one step further stating: Not only has globalization led to ‘innovation, new experiences and higher living standards’, it has also contributed to greater social imbalances and injustices.

Climate change has contributed to increasing the gap between rich and poor, between haves and have-nots. The 2020 pandemic has made it painfully clear that these imbalances still exist on a global scale, as discussions of economic vulnerability, vaccine distribution, and livelihoods have revealed. It almost seems ironic that the murder of George Floyd happened in that same year. Maybe the pandemic provided the kind of stillness we needed for his death to spark a global response. As a white immigrant teacher in Norway, this year taught me that privilege is a powerful reality that we need to address. And when I look around my classroom and see 25 pairs of blue or green eyes staring at me from 25 white faces with blond hair, I know that

this is a conversation that we need to have. But how do I talk to my students about racism when I also benefit from white privilege? How can I talk about representation and the issues that BIPOC (Black, Indigenous and People of Colour) are facing, here and everywhere else in the world, when I have never experienced the hateful comments, stares or discrimination? Nevertheless, I am certain that we must act now. Living in a bubble is no longer an option.

I recently attended a webinar hosted by the New York Times, which presented a collection of material, articles, statistics, videos and more, to talk about racism with students. Whenever I look for inspiration online, I find an abundance of great material from the US. The focus on race (in academics, that is) and the willingness to have these conversations right now is inspiring. The focus of the webinar was on the US, but the implications are the same. The discourse uses the word race, even though the concept is based on a false biological claim. Despite this fact, the term has still not been replaced by anything else in the English language.

And no, Europe does not have all the answers, either. In Norway, for example, the word has been replaced by the term ‘ethnicity’. Is that really so much better? All these terms assume that there are fundamental biological differences between people of various origins. I know that Europe’s history with racism is very different from the American experience. Still, there are enough common elements to justify a global dialogue. I know first-hand that many Europeans, Norwegians, Germans, and surely others, do not believe that racism is real in their society. Perhaps they believe that because they don’t see the same type of police brutality, structural racism or segregation that exists in the US, then everything is all good. Why, then, does a 16-year-old adopted Chinese girl get killed by her brother? Why does a family of refugees evicted from their apartment during a pandemic because they earned too much to qualify for social housing? Why does a local TV channel decide to make available a  TV-show that clearly featured one character that falls under the category blackface? Norway opened its borders in March 2021 to receive 50 (!) refugees that had lost their temporary

homes when the Moria refugee camp in Greece burned down in September 2020. At the same time, Sylvi Listhaug, one of Norway’s very own populist right-wing politicians, went on a Twitter rant that quickly received thousands of likes. This occurred in a country with a total population of 5.3 million. Listhaug complained that it was unfair to let in refugees, while not even Norwegians themselves were able to visit loved ones abroad. Surely, we can do better.

I often hear that the best teaching method for topics as these is to be good role models. I am wondering, however, how I should model anti-racist behavior in a place that is overwhelmingly white and affluent? Of course, this is far from the case in all classrooms in Norway. Norway’s immigrant population is predominantly concentrated in certain parts of Oslo, with some schools having over 90% students whose first language is not Norwegian.

So, this leaves me wondering why the curriculum does not define in more detail how to talk about privilege and responsibility in every school subject? There is no guarantee that all teachers will interpret the core curriculum the same way. I did an experiment with myself after reading Jodi Picoult’s book Small Great Things, in which she writes from the perspective of a white supremacist. I do not think, or certainly do not hope, that there are many white supremacist teachers in Norway. I realize how much I have yet to learn. So, I cannot help but wonder how people who have not thought much about these complex issues would interpret the use of terms such as race and ethnicity.

My experiment, now, was to read this part of the curriculum through the eyes of someone who believed that Norway should be for ‘ethnic’ Norwegians only. And scarily enough, it did not change much. Particularly, the emphasis that ‘Christian and humanist heritage and traditions are an important part of Norway’s collective cultural heritage and have played a vital role in the development of our democracy’ could be easily misinterpreted by someone with different intentions than mine.

The curriculum recognizes that Norway has populations of indigenous people and national minorities that have been discriminated and excluded in the past, and that the country is more culturally diverse now than it has ever been. Unfortunately, however, it does not mention that teaching about social relations and inequality needs to include an evaluation of one’s own privilege and the responsibility that accompanies it. Without such an explanation, we have failed to do the one thing that we as people with white privilege can do: acknowledge how the system has favored us and understand that we have a responsibility to change it. Recently, someone asked me why my teaching was so political. It concerns me that social justice is seen as a political topic. Because if a system is biased, it should not be a political position to correct it. That is not political. It is human.

Disclaimer: The views, thoughts, and opinions expressed in the text belong solely to the author, and not necessarily to The Oslo Desk.