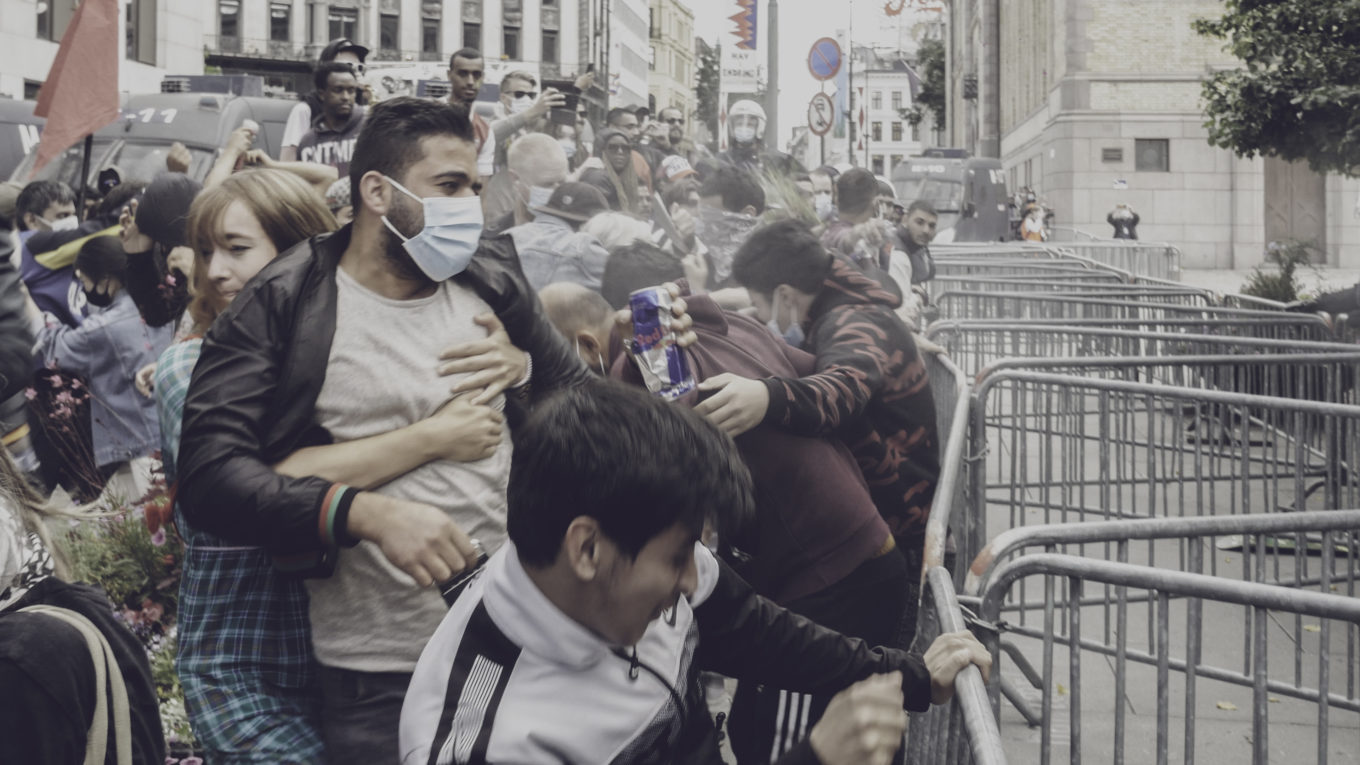 Saturday noon, clashes broke out at the rally organised by the Stop Islamization of Norway (SIAN) group outside the Norwegian parliament building, when a female member torn pages out of the Quran and spat on it.

Police used pepper spray and tear gas to break up the rival groups, which eventually ended the SIAN rally early.

Angry counter-protestors hurled eggs and chairs at the police, and attempted to jump police barricades to disrupt the SIAN protest. Some even began kicking police vans and climbing on top of the vehicles.

According to Norwegian public broadcaster NRK, police arrested 29 people, several of whom were minors. A similar incident has also been compared with clashes at a protest in the Swedish city, Malmo on Friday where a Danish right-wing extremist burned a copy of the Quran.

Copyright 2020. All materials on The Oslo Desk is copyrighted. Therefore without The Oslo Desk and the owners’ permission, one cannot use our work through any means such as reproduction, distribution, publicly displaying our work with our credits, or made into a derivative work.