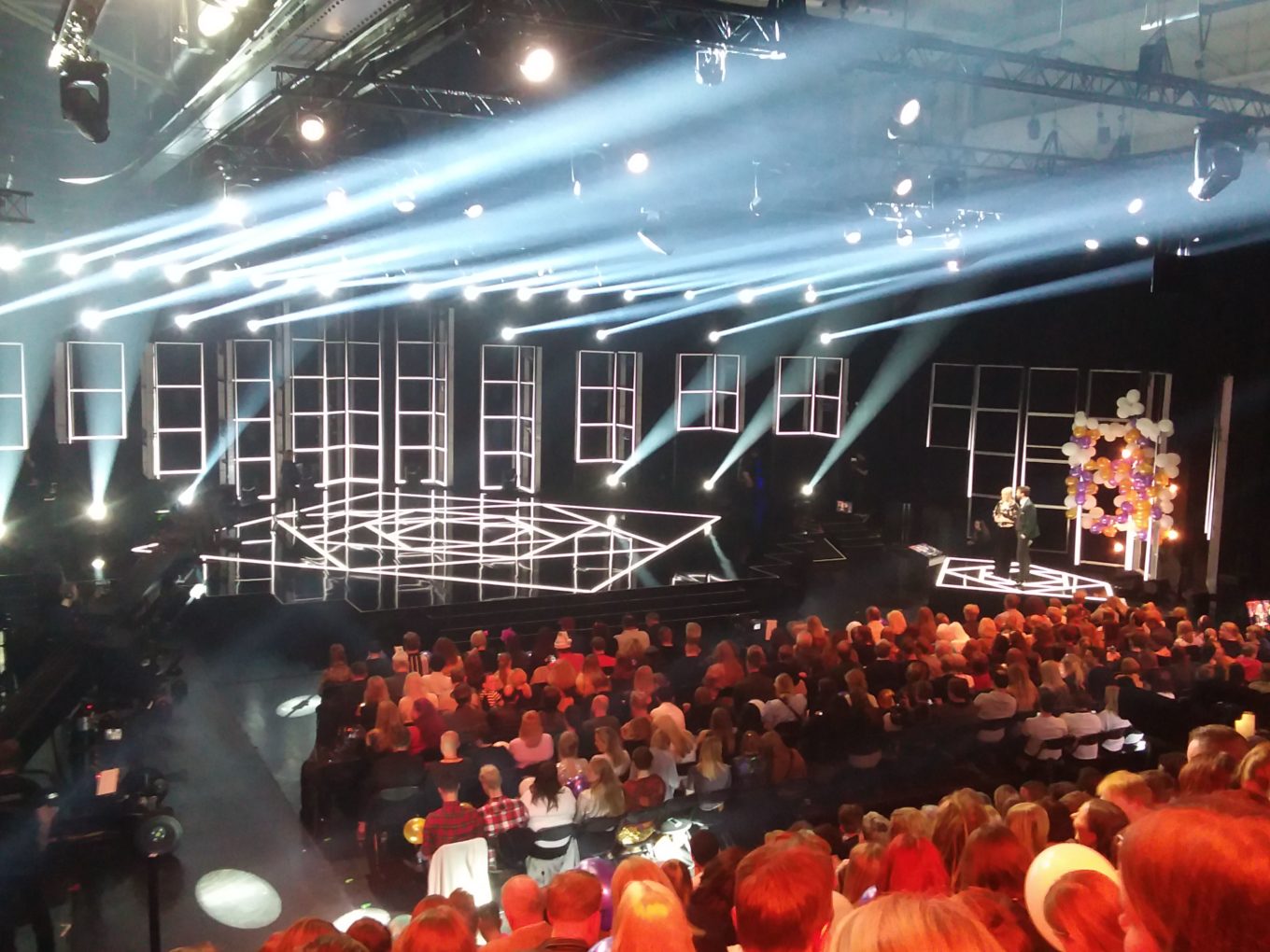 Last Saturday, Kristian was at the scene of H3 Fornebu Arena: The small theatrical arena across Telenor Arena, in Oslo. He observed the second Semi-Final of the Melodi Grand Prix. MGP is the Norwegian national selection for the Eurovision Song Contest. Here is his commentary.

When it comes to Eurovision, there is one thing that nobody can deny: The commercial aspect of Eurovision can generate investment opportunities, able to both engage and resonate with the society. The successful production of such cultural events, however, relies heavily on the art of rearrangement.

Jeff Goins in his book ‘Real Artists Don’t Starve‘, defines the art of rearrangement as the struggle of the creative people who seek a better future: “They (ss: creative people) do not just copy the past. They built upon it. They make it better and usher it in a new era. (…) Therefore, you can only establish your authority in a certain field, when you master the techniques of those, who are already authorities.”

The quest for rearrangement is a three-step procedure. First, you need to mentally break away from the mainstream culture. Then, you need to forget what the average person expects to read, see or listen. Finally, you need to complete your own result with what was there for you, before you.

The four entries of last Saturday’s MGP, were no exception to the above rule – and the two times Oscar winner Justin Hurwitz, has already explained the reason why. At his interview with Andrew Ford of the Australian National Radio, Justin noted that for his music in ‘La La Land’, he first took ideas from the Golden Era of Hollywood Musicals & the French Cinema Renaissance. Then, he forgot what was expected, to instead focus on how the sound of ‘La La Land’ would feel like. Finally, he blended his results with some mainstream influences from the pop industry. Therefore, ‘La La Land’ sounds from a parallel yet different 2017.

Of course, Eurovision is not the Oscars. And therefore, many have already rushed to expose the similarities of Rein Alexander with Rasmussen (Denmark 2018), to nag over Tore Petterson’s Roger Cicero-ish entry (Germany 2007), etc., etc. What they forget, however, is that originality is overrated. The most creative minds are not only creative; they have also mastered the art of rearranging. And that’s how new music genres emerge over time.

– Was Rein Alexander a deserved winner?

– Well… Why do we even need to make this question? Since all the votes were cast & counted, does “fact-checking” make any sense? The final answers in culture, are always given in a retrospective mode.

– All I know is that Kim and Maria got a spot in my “spillelister” (Playlist). It wasn’t only the appropriate musical theatre song, in a theatrical setting, with a live orchestra sound. It was also the emotional value of it. Because at the very end, that’s what music is all about: Expressing the vulnerable moments of our lives.