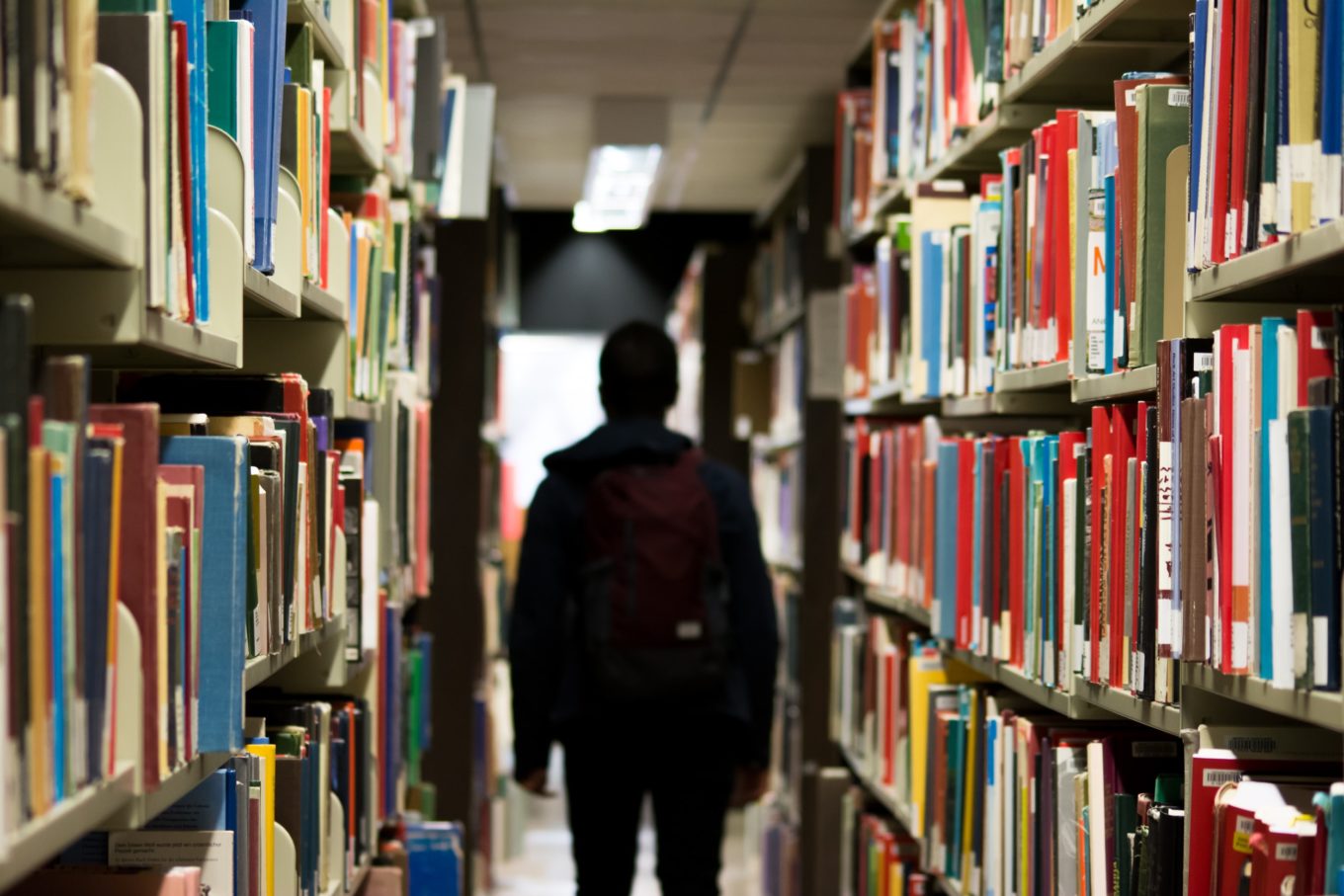 After witnessing newly arrived immigrants and refugees struggled in their English classes, secondary school and adult education teachers worked together to campaign for a curriculum change. Currently English language teachers do not have the same tools as Norwegian language teachers, who use a teaching plan coded as NOR09-04 for teaching minorities.

Elaine Gowie-Fleischer who is the head of the campaign, and teaches at Nadderud Upper Secondary School, said “We really believe that students with little or no English who are showing up to these exams, they’re going to fail. There’s no doubt, especially if you had English for two years and you’re expected to know the same level of English that Norwegians have had since they were six years old. So that’s the main impetus behind our whole campaign.”

“We have seen a massive spread of ability in our classes. And so, with no real curriculum at that point [VG1] and no real coursebooks, we as teachers are really pressed to cater for these students. So, we feel that we are letting them down. I’m a teacher with 30 years of experience. So, if I’m having trouble, how are the newly educated teachers coping? And I know because through my Facebook group, I connect with them,” said Gowie-Fleischer.

This year, the Norwegian government released a new reform plan for secondary education with the aim to meet the students’ needs. Students have the flexibility of finishing their secondary education in their own time, as opposed to a strict 3-year completion time. Students will also be able to choose freely which relevant education matters to them most, and have the rights to an apprenticeship should they attend vocational subjects.

“Now is the time to look at the big stumbling blocks in the system, such as the requirement that everyone should complete at the same time and with the same content, that there are no good measures for students who do not have the academic skills they need from primary school, and that students who do not have an apprenticeship do not have a good alternative to complete the education,” said Guri Melby, Minister of Education and Integration in a press release.

With students who are struggling in her English classes and with no differentiated curriculum to follow, Gowie-Fleischer builds their confidence by providing various support, “I get right back to primary level education. I’m originally a primary teacher. So, I have the experience to teach from scratch. You’re talking about learning the alphabet in some cases. So, we basically think, where’s their strength lie, is it orally? if it’s orally, I write down questions, and convert to one-to-one teaching, which is not so easy either.” She also communicated with her students via a chat forum if they do not feel comfortable speaking up in class.

In a letter, co-written by Gowie-Fleischer, and teachers Eva Bergmo Pettersen (Oslo voksenopplæring Rosenhof), Anna Oxaal Kaasen (Bjertnes vgs), and Daniela Feistritzer (Porsgrunn vgs) to Melby, other politicians and Udir (Norwegian Directorate for Education and Training) read, “Today, there are very large differences in what is offered to minority-language students with a short period of residence in English at various upper secondary schools. The responsibility for facilitation is delegated to the individual school (under “adapted education (tilpasset opplæring)”), which opens up for great, local variation in the educational offer. We see that both finance, competence, practical organization and prioritization at the individual school play a major role. A new curriculum will give these students a fair, and equal, chance to complete upper secondary education regardless of the school they attend. We believe the basis for such a curriculum already offers.”

The letter ended with, “A curriculum in English for minority language students with a short period of residence in Norway will give teachers a common starting point for training and differentiation so that they can meet the students where they are. Not least, it will give students a better chance of success in high school and give them the opportunity to “be on the same starting line, with equal opportunities to create good lives.”(quoted from new reform plan)”

Udir declined to respond to the letter that was sent to them when The Oslo Desk reached out to them. However a response came from Anja Johansen, state secretary of Ministry of Education and Research, “The Government is concerned that students with a short period of residence must have better opportunities to complete upper secondary education with study or vocational competence (studie- eller yrkeskompetanse). Therefore, one of the proposals in the Completion Reform is to assess whether the county municipalities should have a duty to offer a transitional offer to students who have lived in Norway for a short time and who have language challenges. In addition, the government will also consider other measures aimed at these students, and a separate curriculum in English is an example of such a possible measure. We take this input, and everyone else, with us when we follow up the report to the white paper (stortingsmeldingen) in collaboration with the teachers’ organizations, county municipalities, universities and colleges and several other affected actors.”

Gowie-Fleischer and her fellow colleagues also received the same response and were delighted that the Ministry of Education and Research was positive towards having an English curriculum as a possible measure. However, for Gowie-Fleischer, there is an urgency to have the English curriculum in place now. Via Facebook message, Gowie-Fleischer told The Oslo Desk that she and 40 other teachers are joining forces to create a ‘Pass Plan’ for students who are struggling to achieve the pass grade, 2.

“The letter from the Ministry of Education is just the beginning. It feels like what we started is out of our hands but we four will continue to work locally and cross-country for change,” said Gowie-Fleischer.

These are the most important measures in the New Secondary Education Completion Reform (Fullføringsreformen):

– Everyone who starts in secondary education (VGO) shall have the right to education up to study- or vocational competence.
– Better adapted training courses.
– All students who have a short period of residence and weak Norwegian language skills will receive a transitional offer when they start in secondary education.
– A duty to work systematically and preventively with students who are at risk of failing subjects.
– Students will receive more in-depth study, more relevant education and more freedom of choice.
– All students must have Norwegian, mathematics and English – and a completely new subject, and a subject for the future.
– Introduce measures to ensure that more people have an apprenticeship It will be possible to take several vocational certificates (fagbrev).
– A right to an apprenticeship or an equivalent offer.
– Strengthen the quality of the offer to take a vocational certificate at school, so that there are equal offers.
– Propose an extended right that allows adults to return to secondary education so that they complete and pass.

Read the teachers’ letter to Ministry of Education and Research in Norwegian here.

Learn more about the secondary education in Norway from Udir here.

Learn more about Norwegian language Curriculum for students with a short period of residence NOR09‑04 (Læreplan i norsk for språklige minoriteter med kort botid i Norge – videregående opplæring) here.