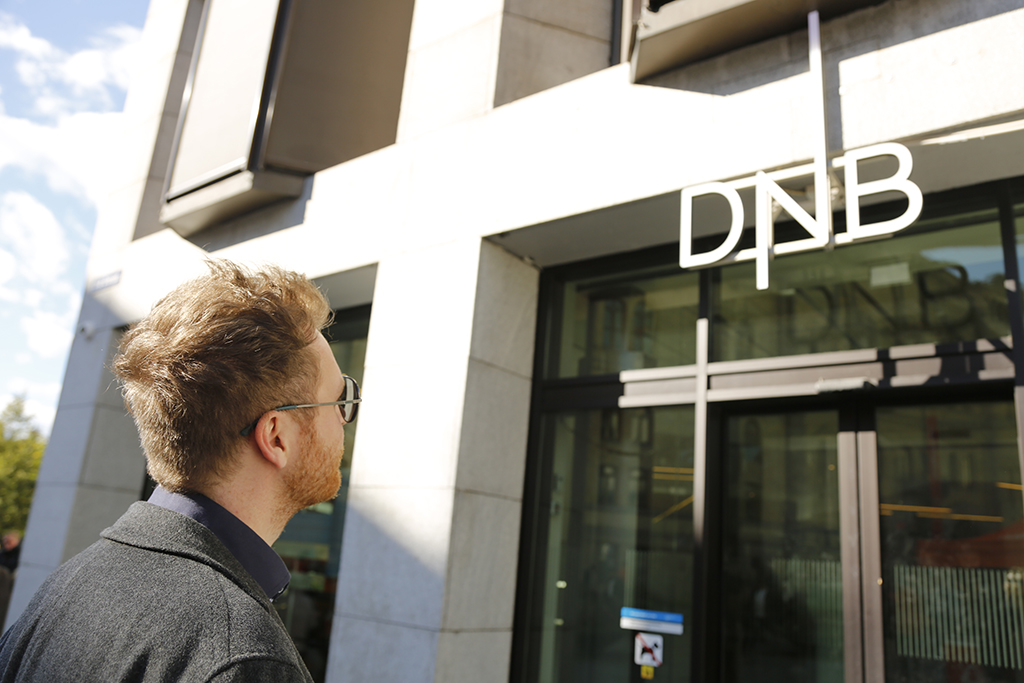 OSLO _ Norway is home to more immigrants than ever before and the government has long said it wants newcomers to fully adjust to their new country and be empowered to participate in everyday life.

That’s much easier said than done.

At The Oslo Desk, we’re committed to investigating some key areas that immigrants must navigate to integrate. One of those is banking.

A bank account is needed for much of day-to-day life such as renting a flat, having a cell phone and receiving a paycheck or social benefits. But many immigrants have found Norway’s process of opening an account to have contradictions, language barriers and inconsistencies.

Experts say barriers to banking reduce how financially inclusive a country is. The term “financial inclusion” means that people and businesses, whether rich or poor, can properly access banking-related services they need. Some consider it a basic human right.

“Banking is almost a ‘public good’,” said Omar Khan, director of Runnymede, a race and equality think tank. “It provides the means to get a job, make and receive payments, and many transactions are now impossible without it.”

The Oslo Desk conducted a survey in March to investigate how immigrants are faring when it comes to financial inclusion. A majority of the 208 survey participants said they did not have a problem with opening an account. However many also said the process could be improved.

in March to investigate how immigrants are faring when it comes to financial inclusion. A majority of the 208 survey participants said they did not have a problem with opening an account. However many also said the process could be improved.

The survey, sent to Facebook groups and to organizations that work with immigrants, found the main challenge in opening an account centered around having the necessary documents.

Some immigrants, like American Kaitlin Graves, were told conflicting information regarding those documents.

The 26-year-old opened a bank account with Handelsbanken some months after moving here last year. She then asked the bank for a bank card with her photo to serve as her Norwegian identification, enabling her to do important tasks such as refilling her medical prescription. Graves also requested a Bank ID, which is Norway’s most frequently used form of digital identification.

Among other things, with the Bank ID one can submit documents to and from government agencies, make a bid on housing, and change phone companies.

But Handelsbanken turned her down, saying that her temporary residency permit “would not allow it.” They only issue the Bank ID and bank card with photo ID for permanent residents and citizens.

At the suggestion of students in her Norwegian language class, Graves later contacted DnB to see if they would help. About a month later, DnB issued her the bank card and Bank ID.

Though she eventually got what she needed, Graves described the situation as “frustrating.”

“It felt unfair,” she said. “I don’t blame it on Norway, most of my experience is positive. It can be isolating here, and it can be further isolating when you are met with red tape to do normal things.”

The Oslo Desk contacted all five of the banks mentioned in the survey. Only Nordea and DnB issued statements.

Nordea officials said they are aware of the challenges foreigners face in opening a bank account, namely around getting a Bank ID. The bank has made it easier to become a customer, ensured that their employees are better informed of the requirements and Nordea brought in more staff to help with the influx of new customers.

While Nordea thinks that financial inclusion is important, it said “it is also important to us to build financial skills and knowledge among people, so that they can better manage their own finances and understand risks, making it easier for them to realize their dreams and everyday aspirations.”

DnB recognized that people need banking services to function in society and that they were conscious of its corporate social responsibility in this area. However, it pointed out that there are numerous laws and regulations that banks are required to follow when it comes to new customers.

The documents required to open bank accounts are often interconnected with each other. This means if one document is missing, it can derail the entire process. This leaves immigrants hard-pressed to find a solution.

For example, take a look at the requirement for people to have a resident permit to open a bank account:

It’s a classic example of a Catch 22. There are similar difficulties when it comes to other banking requirements.

For example, proof of three months’ of pay is often required to open an account. However some employers require their workers to have a bank account to receive their pay.

That forces many immigrants to have their wages deposited into other people’s bank accounts. This happens until the worker receives enough wages to provide the bank with the necessary proof of their employment. After which the worker can have their money sent to their own account.

According to The Oslo Desk survey, almost all of the respondents actually opened an account, but the time it took to do so ranged from one day to 1.5 years.

While those respondents were “unbanked,” or unable to open an account, they had to depend on others for help. One Dutch survey participant said she had her boyfriend cash her payslips. Graves was forced to financially depend on her husband for even small purchases. An international student had to borrow thousands from his parents even though he earned wages at a technology startup.

Experts say limiting financial inclusiveness can be damaging. It pushes people without access to banks to be excluded from the job market, said Khan of the race and equality think tank. It can also force people to work in an informal market, meaning those jobs may be unregulated or possibly illegal.

“This makes them (the people) poorer, but also limits any prospects for progression, and can also make them vulnerable to exploitation and abuse,” Khan said. “This is bad for everyone too, as migrants aren’t realising their skills/talents, and having a large informal economy is both inefficient and leads to real harms to many people.”

There are various solutions to improve a country’s level of financial inclusion. Some solutions lie in finance and technology start-ups such as London-based Revolut. It provides its customers with fee-free international money transfers.

“There are so many barriers to enjoy the freedom of spending which you should have,” said Revolut spokeswoman Ieva Elvyra Kazakeviciute for Northern Europe. “We at Revolut believe that opening a local bank account in any country should not be seen as a privilege but as a necessity or even a right.

Other solutions to increase immigrants’ access to financial services revolve around banking practices and regulations.

“The banking industry and government should work together to solve it,” Khan said. The aim should be to reduce the ‘unbanked’ population to as close to zero as possible, to include everyone equally in our society.”

Special thanks to Prudence Ho Pui Lun and William Fu Man Lam who helped with the data analysis. Both are students at The Education University of Hong Kong (EdUHK). The data from the survey was run through a project at OsloMet’s Data Analytics international summer course. Special thanks to our course instructor, Aiko Yamashita for her guidance and critique. Also special thanks to ANSA, Caritus Norge and Norway International Network for their assistance in distributing the survey.