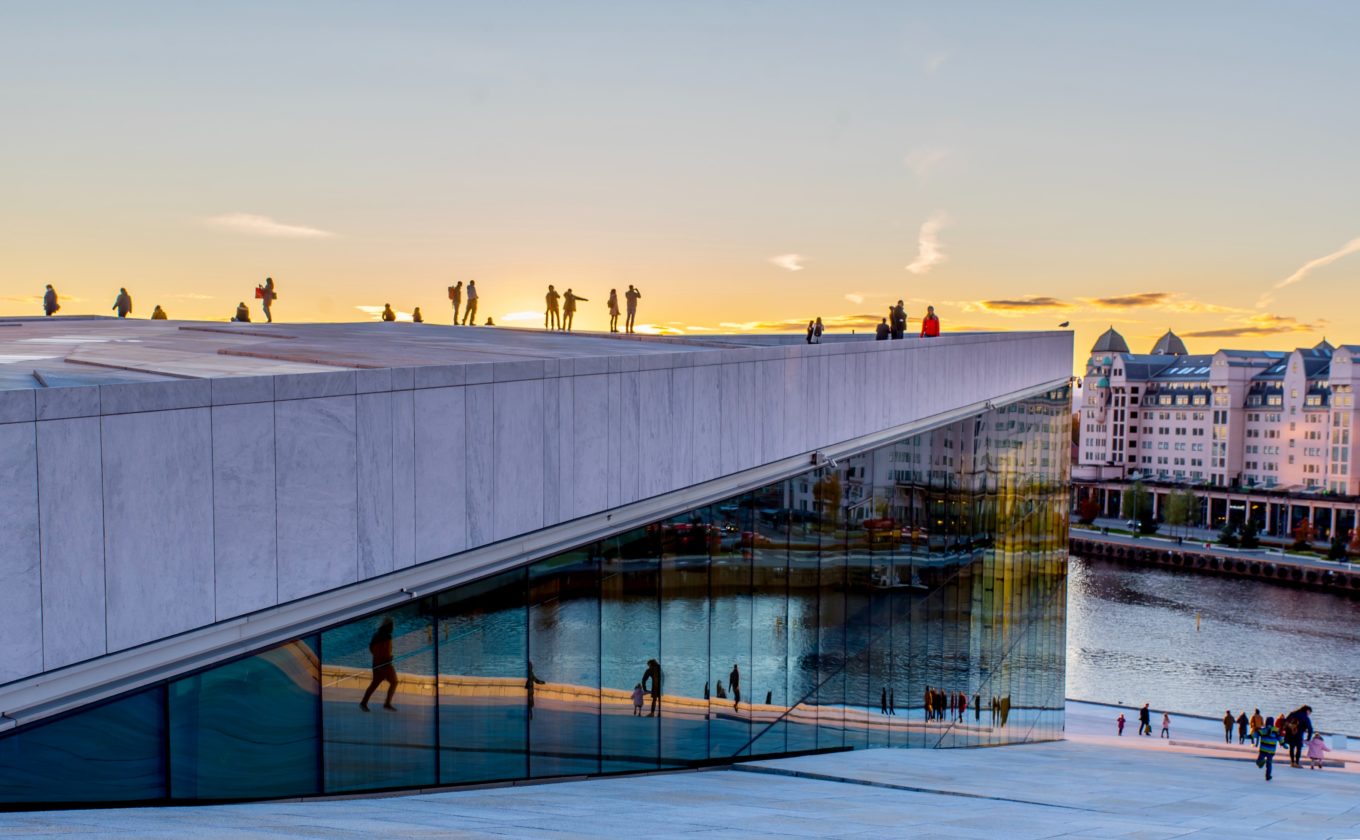 Janteloven, or the Law of Jante, is a ten-point law written by Aksel Sandemose in his 1933 novel “En flyktning krysser sitt spor”(1). Sandemose grew up in the Danish town of Nykøbing, where he never really felt he fit in.

In his novel, he describes the fictional town of Jante, which bears many resemblances to his own hometown. With his Janteloven, Sandemose explores the negative dynamics of social control within a small community. Even though most people claim that Janteloven no longer exists in the Scandinavian culture, as a foreigner living in Norway I see traces of it in the Norwegian culture even today. It is often criticized since it undercuts individualism and personal achievements. However, it is also the base for a society based on equality and anti-elitism, principles which the Scandinavian countries have gotten a lot of respect for internationally. There are two sides to the story, and living in Norway one is confronted with both the positive and the negative effects of this mindset.

Cold and distant
Before moving to Norway, I was told by many that they had experienced Norwegians as cold and distant. With this in mind I expected people to be rude here, but what I experienced was quite different. In supermarkets, people don’t ask if they can pass in an aisle when I am in the way, they will often stand and wait until I notice myself that I am in the way. The same happens when people want to get off the bus and I am in the way, they will often just get up and expect me to realize that I need to move. At first I felt provoked by this. I wanted people to talk to me, to say “excuse me” when they wanted me to move for them, or to at least look at me. But I realized that people might feel uncomfortable when having to interact with strangers. I also understand that there is a difference between a densely populated country such as Germany, where we have to share the little space that we have with many other people, and Norway, where people are used to having lots of space around them. Equally though, this is Oslo and there are many people here, so some interaction with strangers is inevitable.

Settling in
These impressions came in what I call my stubborn-phase: Whenever I move to another place, I go through different stages of settling in. The first stage is a wondrous stage of discovery. I take everything in without questioning it. After a while, I move on to the next phase, in which I start noticing things that may not be as glorious as I first thought, and after that I enter the stubborn-phase. This is the phase in which I question a lot of things, and I criticize everything that I see. I suddenly find it hard to be in this place (this often coincides with the first flush of homesickness). But when I finally move on to the phase in which I actually try to understand my host country and learn about it, I usually make peace with my being there, indulging in the culture to some extent, while still finding some things strange and foreign.

After I had been in some awkward situations where people did not talk to me, I reached the point at which I got so provoked that I pretended not to see them standing there waiting for me to get up, until finally they had to speak to me. This is the period during which I began speaking to my Norwegian friends about this. While most of them agreed that people can be awkward here (or kleint, in Norwegian – interestingly, there is no word for that in German), they tried to come up with an explanation. They all said that the Norwegian way of being polite is to not be a burden to anyone, that I should realize myself that I am in the way without anyone having to say anything.

Law of Jante
Does that not echo the Law of Jante? Do not be a burden, do not stick out, do not expect people to care about you. It seems to be a social code here to blend in with the majority. In the 1950s, researchers investigated the level of conformity in different countries with the help of the Asch-experiment2: A group of people sits in a room and is shown a piece of paper with three lines of different lengths drawn on it. They are asked to pick out the line that is the same length as another line. They do not know that the rest of the people in the group are actors that all settle on an answer which is obviously wrong. The question is, will the person being tested stick with their initial opinion, or will they shift to what the majority answers? These studies showed that most people in Norway would change their answer to comply with the others in their group, proving that Norway has one of the highest levels of conformity internationally.(3)

Foucault´s Panopticon
The French philosopher and sociologist Michel Foucault (1926-1984) wrote about the Panopticon in his book Discipline and Punishment4. The Panopticon describes an ideal prison that is constructed as a round building, with the cells being located along the inner walls of the prison and a watchtower at the center of the building. The inmates cannot see the guard in the watchtower, while the guard can look into every cell from their post.

The idea is that the inmates do not know when the guard is there or when they are being watched. Thus, they will behave at all times. This form of social control has been later used to describe societies in which everyone feels they are being watched or controlled at all times. Newer forms of the Panopticon include security camera surveillance, for example. The Panopticon functions automatically, asserting power without anyone actually having to enforce it.

The Law of Jante, which can also be found in other countries (in the English-speaking world, the concept of the Tall Poppy Syndrome is used to discredit people of higher status or wealth), can be understood as a variation of Foucault’s Panopticon: Rather than one authority asserting power over a group of people, the people themselves are trained to control each other. There are no legal sanctions or criminal punishment, but the mere thought of breaking the social code makes people comply with it.

Deviance regulation theory states that individuals avoid deviating from what is considered the norm in a given social group in order to protect their positive self-regard.5 In other words, to stand out and do things differently than the majority is feared by many people to lower their self-esteem, and complying with the norm gives a certain sense of security.

Social codes
Any society is built on social codes, and they are actually essential for a society to work. These social codes can easily lead to the culture shock that most people have experienced at some point in their lives when traveling or moving to another place. It is essential for the newcomer or foreigner to learn the social codes of their new home if they do not want to stand out. Here in Norway and in other places in Scandinavia, elites are frowned upon and it is not considered polite to brag about one’s situation, achievements or wealth.

This is something any foreigner or newcomer has to learn. In turn, this social code has also contributed to a more equal and non-hierarchical society. Status definitely exists here, but to a much lesser extent than in other countries. This is why even the king is seen taking the metro to go skiing,6 and why it sparked a national discussion when the Prince Haakon took his children out of public school to put them into a private international school.(7)
You are a part of a society, and in this sense, maybe it is not such a bad thing to remind people that money and status are not everything. This is something that is, in my opinion, quite a positive outcome of Janteloven.

Pressure to not stand out
I see the Law of Jante everywhere I go now. I sense it in every conversation, and I realize that many aspects of the Norwegian society are still built on the assumption that one should not stand out. But as a teacher, I think it is very important to show my students that they are ‘someone’, that they are good at things and that they can achieve something[1][2].

This does not mean, of course, that they should feel like they are better than the rest, but I want to teach my students to have faith in themselves. The rate of depression and anxiety among children and young adults has increased considerably in the last ten years.(8)

The Norwegian Institute of Public Health (FHI) identifies bullying at school as one of several causes. The essence of bullying is to pick on someone who is different or who does not fit in. Janteloven says that “you are not to think that anyone cares about you” and “you[3] are not to think that you can do anything”. This could easily be read as a justification for bullying, reinforcing the idea that any individual should blend in.

Dare to be different
I find Janteloven to be an extremely fascinating aspect of social life in Norway. I realize how I myself have started to adapt, how I have changed my own behavior so that I comply with the social norms here. I often cringe when I come back to Germany and come across people who are being very direct or cause a scene.

I also see that some aspects of Janteloven have contributed to building a society based on equality and anti-elitism, and that some of these social codes are no bad thing. But if taken literally, many aspects of Janteloven are quite outdated. Petter Stordalen, hotel-owner and one of Norway’s richest people, says that it is important to stand out, and that Janteloven should have been buried a long time ago. “Dare to be different” is his advice for success.(9)

And I think he is right: Dare to be different, dare to do what you believe is the right thing, even if nobody else does it. Think for yourself and be aware of what is happening around you. Be different, and accept others’ being different. This is what I want to teach my students.