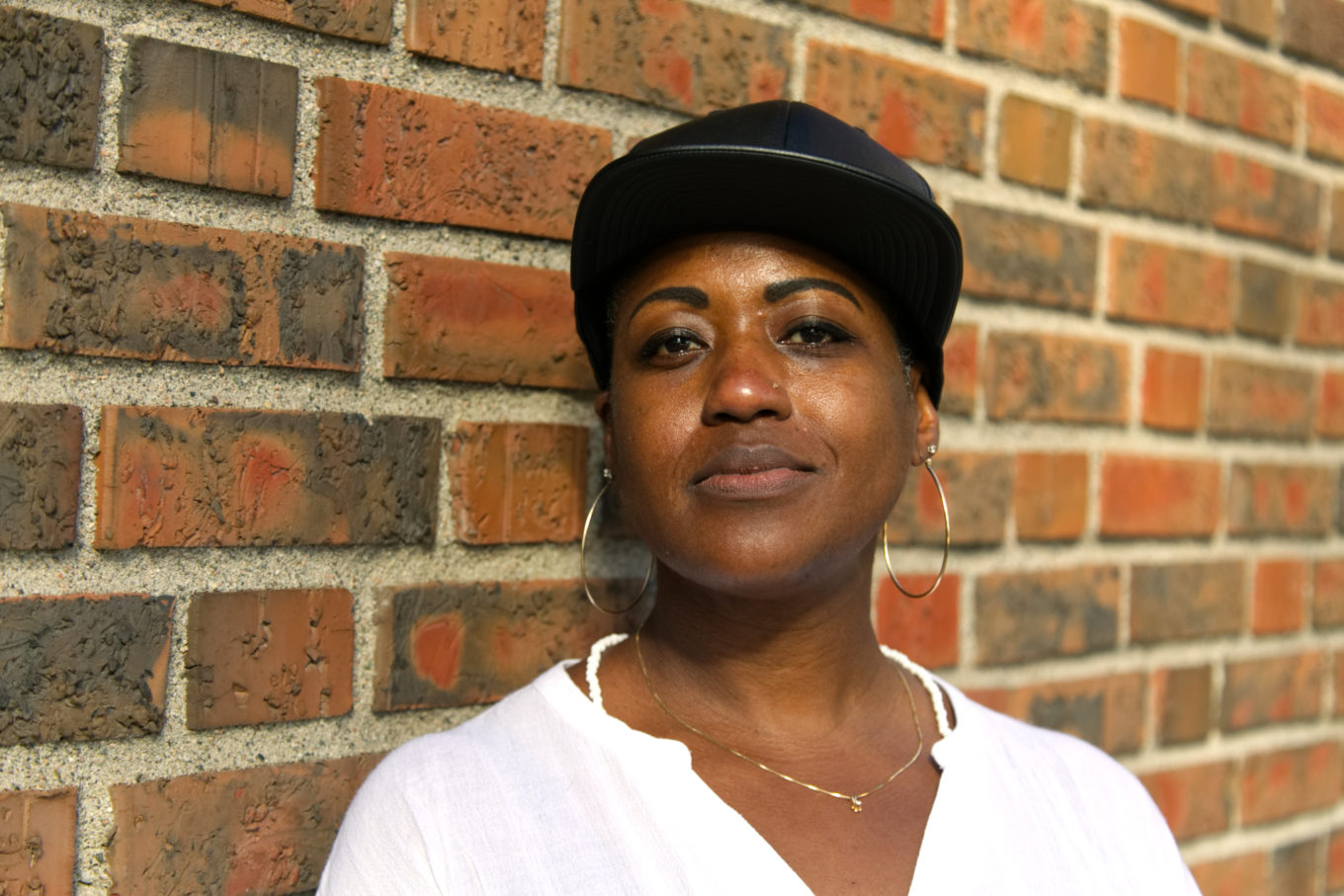 OSLO_ After the ‘We Can’t Breathe – Justice for George Floyd’ demonstration earlier this month finished, Michelle Tisdel made a plea on social media: Please save the posters used at the protest.

Tisdel is a social anthropologist and research librarian at the National Library of Norway who started a project called Lift Every Voice (LEV), which aims to preserve the signs and materials around the protests to be added to a historical record of the civil rights and anti-racism movement.

“I realised it’s very important for the community to have a chance to define the stories and their concerns, and to maintain some control over their definition power around this material […] before an institution is allowed to create new narratives of this material,” Tisdel said.

Tisdel talks a lot about the importance of heritage narratives, which she defines as ways in which people communicate through stories about their own sense of belonging in society.

She wants to bring a more rich and robust narrative that is inclusive, multifaceted and nuanced. In order for this to happen, people in and around their own community have to be empowered to share their stories, or narratives with others.

The goal of LEV is “to listen and collect the perspectives of the community.” Tisdel will talk with public institutions that wish to collaborate and assess those organisations on their competence, capacity, vision and interest to preserve and use the materials in a way that the community can support.

So far Tisdel has been in discussions with the National Archives of Norway (Riksarkivet) and the National Library to seek advice for her project.

Tisdel is racing against the clock before the summer holidays hit in order to collect the materials before they are lost. She has organised “drop off” stations outside the Tøyen Library in Oslo.

Carrying a cardboard sign inked with the stark black letters of BLM, Ida Hove Solberg came to Tøyen to donate her poster. Solberg was part of a smaller George Floyd demonstration in Oslo which was organised by her girlfriend and neighbours who wanted to bring their children.

“It (the demonstration) seems like an important moment to actually show up because it is not enough to agree that racism is bad,” Solberg said.

“It is important to be there in solidarity with the Black Lives Matter movement, to show support, and show outrage. And to highlight that this is not an American issue only. It is also a Norwegian issue,” she said.

Unfortunately, the signs from the protests fall outside of something called the Legal Deposit Act and must go through a different selection process to be included as source material for Norway’s history.

This selection process from the institution can be subjective and Tisdel worries their importance won’t be valued.

Tisdel is open to collaboration with all public institutions that support LEV’s mission and want to be a partner with the community.

Lift Every Voice draws inspiration from another grassroots initiative that’s in Houston, Texas and called the Project Row Houses.

It is a community heritage art project with roots in a neighbourhood called the Third Ward, which has historically been the center of the African American community in Houston. It was also once home to George Floyd, the 46-year-old father who was killed after a Minnesota police officer pinned him down with a knee to his neck during an arrest for an alleged counterfeit money.

In the 1990s, the city of Houston wanted to tear down the Third Ward row houses, but Rick Lowe said no and wanted to revitalise the derelict neighbourhood. He thought the narrow, single-family homes could be used as a community arts project and preserved for historical and educational purposes.

“That project inspired me, in terms of heritage, and […] the ways that the community took control of their own heritage preservation,” said Tisdel who volunteered on the project in the mid-1990s.

Tisdel still keeps in touch with project organisers and often visits the row houses when she goes back home to Texas.

LEV To Remove the Barriers

Tisdel believes that LEV has an important role to play to help remove barriers for organisations and individuals so they do not have to convince institutions of their existence, and who are already looking for places to tell and document their stories. Many organisations hope that the historical stories can inspire people to continue the efforts of the civil rights movement and to not forget the history of their fight.

“I don’t want LEV to compete with other archiving institutions. However, it is important that there are safe spaces where communities know that their relevance and perspectives will be met with enthusiasm and not apprehension.”

Since Tisdel first sent out her plea on social media to save the signs for LEV, she has been contacted by up to 90 people who want to donate their posters, and digital photos of the posters. All photos will be credited to the photographers.

The Center for Studies of the Holocaust and Religious Minorities also contacted Tisdel because next year they want to do an exhibition on everyday racism. The center is said to support her efforts to collect the posters and will invite LEV to donate some for their exhibit.

On the thoughts of the civil rights movement in Norway right now, Tisdel saw the protests as “positive and necessary,” though she is shocked to still see that many people denying the existence of racism in Norway.

For Tisdel, the promotion of civil rights movements, including the Black Lives Matter movement, is about protecting equal treatment under the law and to protect people from discrimination. She wished that the discussion around human rights and civil rights could be more visible in the current movement.

“My observation is that communities are writing new scripts. New scripts that define their lives, their relevance, and their vision for society and for themselves. My observation is that a lot of people are not interested in the old script that society has for describing belonging, heritage, identity, and nation. I see new scripts, new discourses, new ideas emerging.”

Tisdel said she has been hearing more and more people growing tired of having to explain these issues, and whether the focus should be on having dialogues with those who are willing to understand.

“At some point, I see communities focusing on themselves: Strengthening themselves and strengthening the next generation, and trying to put in place a script, a narrative, that represents their experiences and their truths, and focusing less on trying to convince those who do not believe that racism exists.”

Solberg, who gave her BLM poster to Tisdale outside Tøyen, reflected on racism and how it affected some of her friends.

“As a white person, and a queer person, I know that I don’t think I can fully understand how it (racial discrimination) feels,” Solberg said. “I can only understand that it feels really horrible. I also know that support is really important even from those who are not personally affected. And what is being said over and over again is that racism is a white issue, and it is a problem in the community.”

The Power to Define

A recent petition of over 4 000 signatures demanded the removal of statues in Oslo of Winston Churchill, a former British Prime Minister who made explicit statements that were deemed racist and white supremacist; and Ludvig Holberg, who is considered as the founding father of modern Danish-Norwegian literature and said to have invested in the slave trade.

Historically speaking, the statue of Winston Churchill was to celebrate the UK-Norwegian ties during World War II, and the Ludvig Holberg statue was a tribute to his literature work.

“People are rejecting these historical representations of the hero,” Tisdel said of the discussions around the statues, adding that people are questioning what constitutes a hero if they commit atrocities.

“Communities do not have to accept the historical narrative and representation that erases them, that erases their relevance, and erases their concerns. That’s what the issue and the monuments [are about], it’s about the definition of power. The power to define and say sure Churchill did that, but he did this too.”

As for the posters from the demonstration, Tisdel says she has about 40 signs, but knows others want to donate theirs. She plans to set up additional times in August to collect more with the hope to ensure this part of Norway’s narrative on civil rights is properly preserved.

“I want the community to have safe spaces where they know that someone is interested in the narrative on their premises,” she said.

If you have any digital photos of the posters you have taken, you can contact Michelle Tisdel, lev@lev-no.org. You can learn more about LEV project at https://www.lev-no.org.