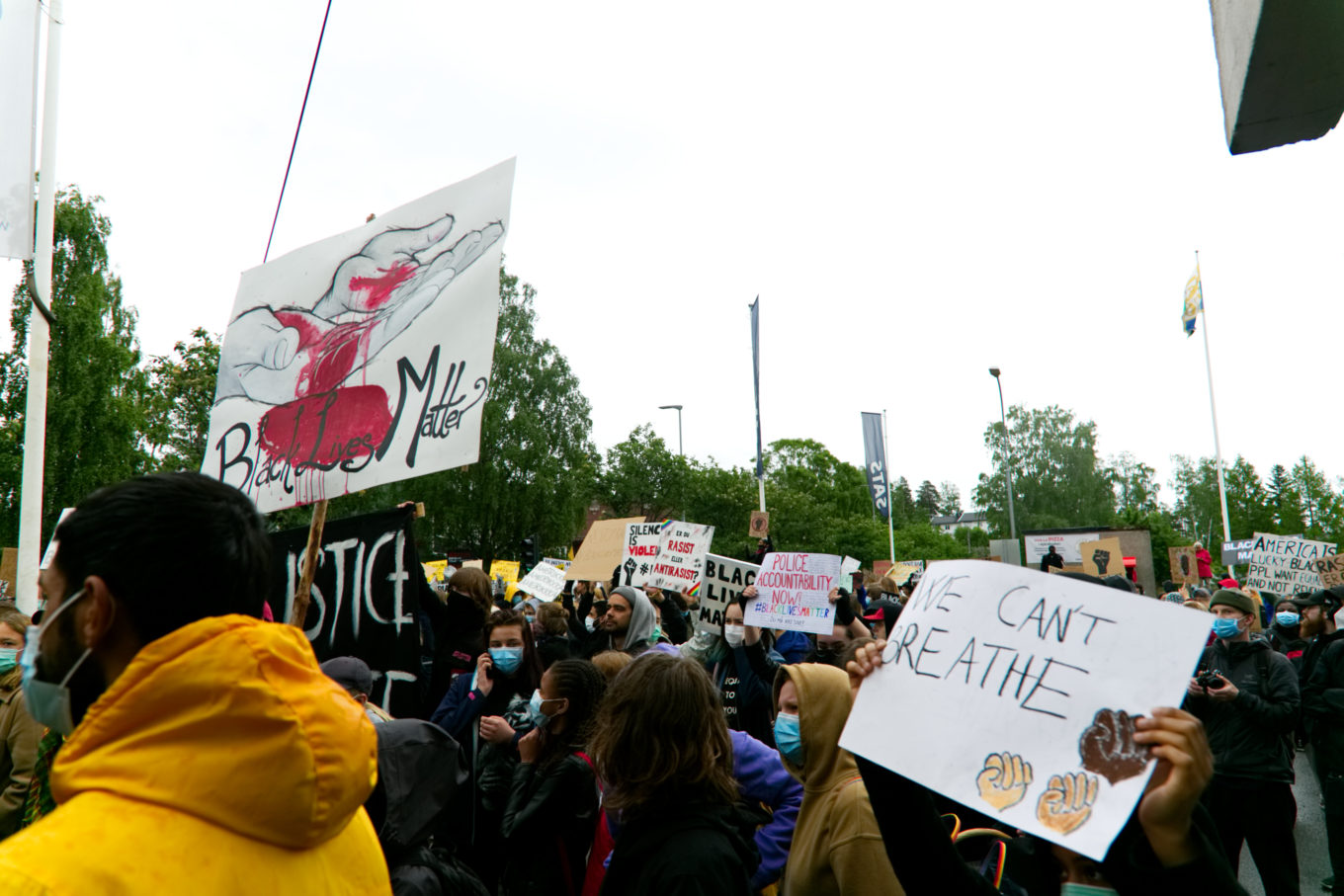 The demonstration, “We Can’t Breathe – Justice for George Floyd” was organized by the Oslo African rights organization ARISE and University of Oslo’s African Student Association on 5th June between 4pm and 7pm.

The organisers planned for a human chain of 750 people, standing 1 meter apart, at downtown Oslo to respect corona infection control rules.  Also, a small gathering of 50 people was to be outside the US Embassy.

Instead, as many as 15,000 converged in front of the Norwegian Parliament (Stortinget) and several hundred were outside the US Embassy in Oslo.

Demonstrators knelt outside the US Embassy for several minutes during a short speech in a peaceful assembly. Not long afterward, demonstrators left to join the movement outside the Norwegian Parliament. Some chose to walk, others took the metro train to Stortinget station.