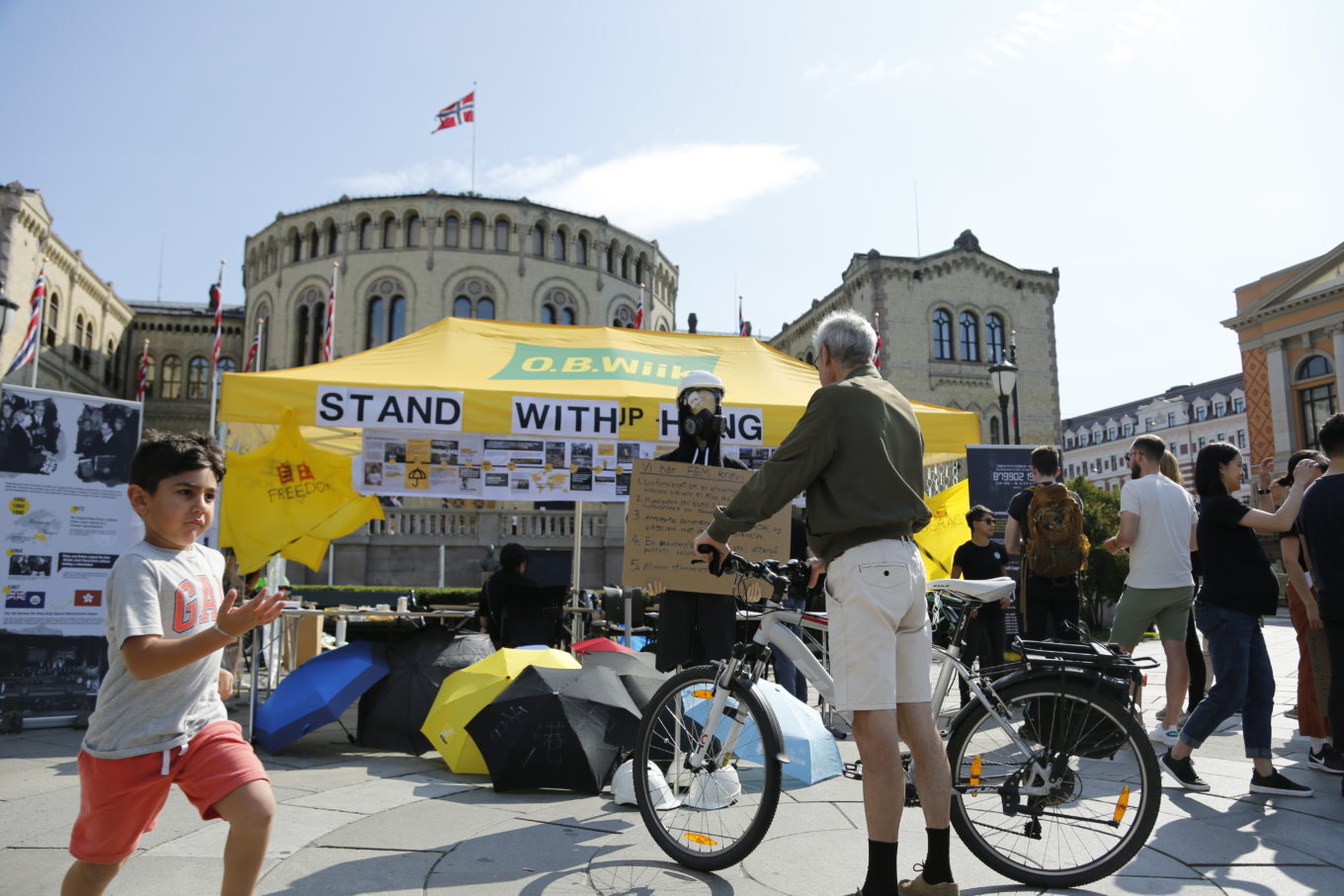 On Sunday 25th August, between 12pm and 6pm, a group of Hongkongers organised a solidarity assembly at Eidsvolls plass, in front of the Norwegian Parliament. They set up a stand with posters, a makeshift Lennon Wall, a display of a protestor outfit and tables with computers screening videos about Hong Kong and the ongoing protests.

The same group of Hongkongers created the Oslo Lennon Wall at the University of Oslo July as a symbolic gesture to show solidarity with Hong Kong protestors and to help raise awareness of the anti-extradition bill movement.

The event description on Stand with Hong Kong – Norway Facebook page said, “Since June 9, Hongkongers have demonstrated their opposition to the extradition bill by various means. They have clear demands, yet the Hong Kong Government has still been turning a deaf ear to the voices of its people. The Hong Kong Police even brutally attacked the protesters and press.

We support Hongkongers for fighting for their freedom and democracy; we condemn the abuse of power within the Hong Kong Police Force; we connect and stand with Hongkongers!”