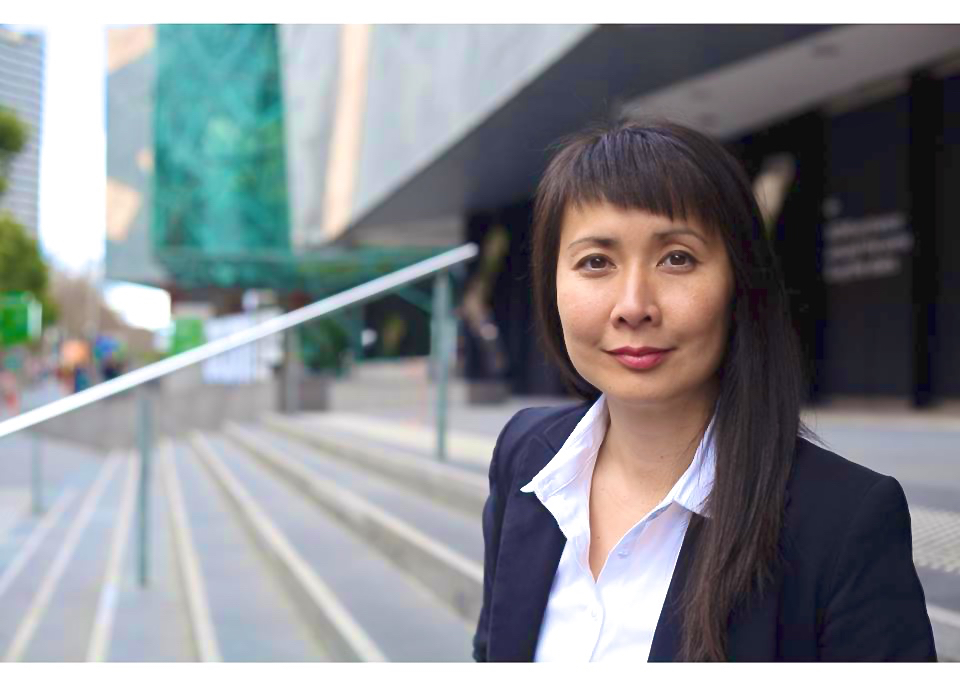 This article is part of a collective opinion piece, ‘Walk The Walk: Three Female Entrepreneurs Weigh In On Diversity and Inclusion’. Read about the other female entrepreneurs’ thoughts here.

Nikki Michelle Soo was born in Singapore, lived in Melbourne, Australia for most of her life, and never expected to move to Norway. She has this to say:

If you had told me three years ago that I would be living in Norway, I would have laughed. All I knew about Norway was that it’s a small, cold country. I was born in the tropics and lived in Melbourne, Australia for most of my life. I took my coaching and training business in Australia and made it ‘location-independent’, so I could work remotely from bases like Bali, Thailand and Gran Canaria. See how they’re all warm places?

What I love about Norway
Little did I know that I would love Norway, and its cold winters. I now nod my head in agreement when someone says they wish it were a few more degrees below zero, because I get it now: Snow is better than cold rain and ice on the pavement.

There are many things I love about Norway: the people, that sweet and salty caramelised brown cheese, and so many nature trails so close to the city of Oslo.

I have lived in Oslo now for 11 months. My marriage visa came through just a month ago. I can’t tell you how much this means to me. It feels like I’m a real person in Norway now… not in limbo any more.

It feels like I’m a real person in Norway now… not in limbo anymore.

Language is access
Quite soon after getting my marriage visa, I attended the Diversity in Norweigan Entrepreneurship Conference. It was amazing that they had one English speaking table, in an otherwise Norwegian event. Great for newcomers like me!

And even though I’m a newcomer, I’ve had my own business for a long time prior to moving to Norway. It was wonderful that I could provide some input to an event like this – without language being a barrier.

However, there are other barriers to entrepreneurship for newcomers in Norway that I was not able to highlight at the conference:

Having to say no to income
Before getting my marriage visa, I was not legally allowed to operate my existing business online, or start a new business. The UDI was very clear about this. I risked being deported if I broke their rules.

For 15 years, I’ve been helping business and community leaders get more done, in happier and healthier ways. When I moved to Oslo, my Australian clients asked me to continue coaching them online from Norway. I had to say ‘no’ to them in order to keep living in Norway and not be deported.

It seemed to me a lose-lose scenario. 1. My clients were disadvantaged. 2. I couldn’t make a difference for them, or earn an income. 3. Norway missed out on additional taxes and my little contribution to GDP. But rules are rules, right?

Firstly, I seriously considered taking a job as part of the transition to Norwegian life. If I had been offered employment, I would have gladly taken it as part of settling in Norway.

More importantly, UDI was taking 10 months or more to process sole trader visas. I remember meeting a frustrated applicant who was in high demand. He was being offered work (as a sole trader) but unable to take it because of this long processing time. Meanwhile, he was very stressed because his money was running out.

This is why I applied for a job-seeker visa instead. It took three or four weeks to process, giving me temporary residence in Norway, and all the rights and tax obligations that come with that.

Big picture: I was able to get two visas: a job-seeker visa and a marriage visa – in possibly less time than it would have taken for a sole trader visa to be approved or even rejected. And the advantage now is that I can start a company if I want to, because I have a marriage visa.

But in either scenario, I would still have had to wait in limbo for 10 months (or more) – unable to work with willing clients in Australia, and unable to explore a new business here in Norway.

When life gives you lemons, make lemonade
My options were to be a reluctant housewife, or volunteer – provided I met UDI’s restrictions around that. So to escape boredom and to meet new people, I joined many other immigrants volunteering with simple tasks at conferences in Oslo.

I know dugnads are part of the culture in Norway. It’s interesting that the majority of volunteers I meet at the English-speaking conferences are highly skilled immigrants. Some are there to build their network and get some ‘work experience’ in the hopes of getting a job.

Perhaps like me, many felt a tiny glimmer of purpose… even if that purpose was simply to alphabetically arrange a few hundred name cards on a registration desk. It was a nice distraction from feeling like a shadow of a person: not allowed to have a real life, or participate in one. Not allowed to fully contribute in a meaningful way.

I feel extremely lucky that I was invited to run two workshops for a not-for-profit organisation during this time – on a voluntary basis. It’s one thing to feel useful by doing simple admin or menial tasks. It’s another to be using my skills and experience: designing and delivering content that will make a meaningful difference to a few people’s lives.

I wanted to do a lot more of this, but I also had to make sure I was following UDI’s restrictions on who I could volunteer for, what I could do, and how long I could do it for.So, as you can imagine, being in visa-limbo was a challenge. With so much enforced spare time on my hands, I had to work hard to keep my mental and emotional health in a positive state. Some days were easier than others.

Getting used to waiting
It’s good to be on the other side of that now.

I finally have the freedom to explore a new business idea: helping international teams collaborate in inclusive ways. Best of all, I get to test this concept commercially now, free from visa restrictions. I can also set up a company.

Of course, I also got in touch with my old clients in Australia when I received my residence permit. They were happy to hear from me. A few of them were happy to continue with my coaching, even after my long absence.

I was excited to register an enkeltpersonforetak (sole trader business) in Norway so I could invoice them. That excitement faded a little when I realised that the online registration form was only in Norwegian, with no English option. I’m learning Norwegian but I’m very much a beginner.

I don’t have the competence to read business forms in Norwegian yet, and they’re too important for Google Translate, with its sometimes-inaccurate translations.

It doesn’t matter how many times I encounter this language access barrier – whether it’s a tax form, or another diversity conference that is in Norwegian – it feels a little deflating. With my Norwegian husband’s help, I made it through this online form.

That initial excitement of registering a new business took another dive when I realised that it would take 15 days for an enkeltpersonforetak registration to be approved. 15 days! I was shocked because the same process took me five minutes in Australia. Even registering a company (AS) takes much less time in Australia: just three to five business days online.

So again, I had to let go of ‘time is money’ and embrace ‘patience is a virtue’.

Still, do I wish the process was easier, more accessible and user-friendly? Of course. Entrepreneurship is enough of a challenge on its own.

Heia Oslo! (Translation: Go Oslo!)
I think it’s great that Oslo is aspiring to be an internationally preferred hub for startups and entrepreneurs. I hope one day it will be.

Before it can achieve this, there are significant access barriers to address. These include language barriers in official forms and other essential communication, restrictive immigration rules, long waits for personal ID numbers, jaw-dropping waits for getting a bank account, and other bureaucratic delays.

Oslo, I’m part of you now. Your success is my success and vice versa. So… Heia Oslo! I’m rooting for you.

Nikki Michelle Soo is a Productivity Coach and author of the international bestseller 'It’s Supposed To Be Fun!'