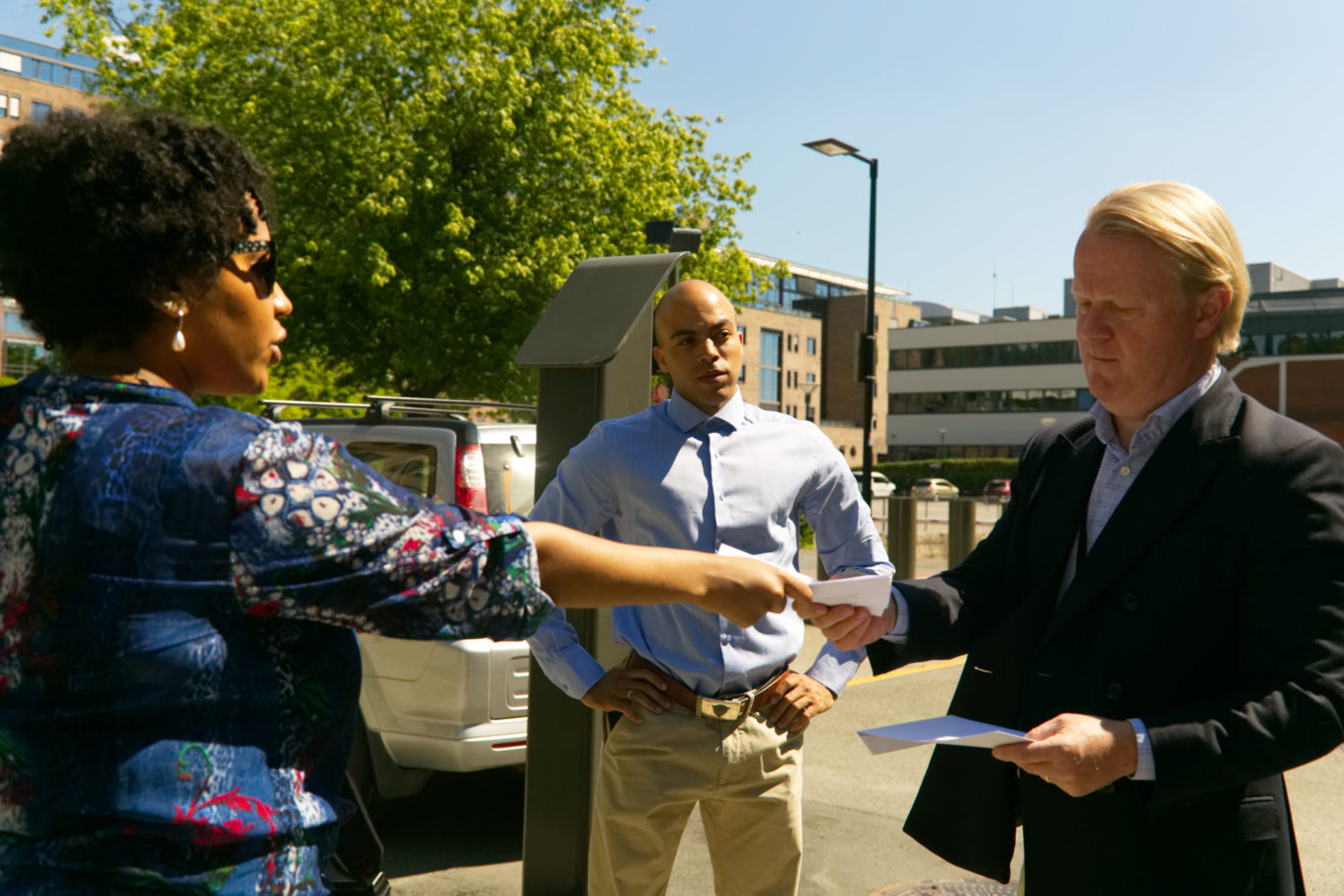 OSLO – “Enough is enough,” says Chimaobi Ahamba of ARISE, an African youth organisation, who came to the Ministry´s office in Oslo together with University of Oslo’s African Student Association (ASA UiO) representative, Rahwa Yohannes to deliver a petition letter. The petition calls for an end to racial profiling in the police and urging for a reporting system for police checks on the population.

Both handed the petition to Senior Communications Adviser, Andreas Skjøld-Lorange of the Ministry of Justice and Public Security.

“Sadly, the Justice Minister did not have time for us today and we were told to wait if we wanted an audience. But we came anyway to say that we too do not have time,” Ahamba told The Oslo Desk in a text message.

“This issue of racial profiling has been discussed and deliberated over 25 years, we made it clear that we expect a change in policy that will enact the police force to document and send out digital receipt whenever they stop someone,” the message further stated.

“We´re also demanding that the Minister pursues avenues to forbid the police from using strangleholds, which have been used with lethal effect both in Norway and globally,” he added.

The signatures to the petition against racial profiling were gathered at the “We Can´t Breathe” solidarity protest in Oslo against the killing of George Floyd in the US. Around 16,000 people converged at the Norwegian Parliament grounds to protest brutal police violence against the Black population in the United States, as well as the racist practices in Norway.

In the petition letter to the Ministry, ARISE and ASA UiO pointed out that the calls to end racial profiling in Norway is long overdue with the phenomenon already brought to the government´s attention back in 1993 by the Organisasjonen Mot Offentlig Diskriminering (OMOD), translated as Organisation Against Public Discrimination. During that time, OMOD had gathered 5000 signatures from individuals who had been subjected to discrimination by the police and border control personnel.

The letter also mentioned that even back then OMOD proposed that a “kvitteringsordning” – a system of reporting of all police checks that will entail issuing of a digital receipt indicating the time, place, nature of control and the service number of the policeman doing the control, be put in place.

It also reminded that the Ministry has two pilot projects on the implementation of the “kvitteringsordning” by the Police Directorate, and had already been planned as per Stortingsmelding (white paper to the Norwegian government) 46 2002-2003 but have not been carried out.

Further, the letter urged the Ministry to stop the use of stranglehold in police operations saying the lethal maneuver used by the Norwegian police left both Eugene Ejike Obiora and Arne Stedt dead.

“We just wanted the government to implement what should have been implemented 18 years ago. This has already been discussed in the parliament and we don’t want to wait another 5 years, while more and more minorities develop a fear-based relationship with the police not to mention what it does to their psyche,” Yohannes says.

Since the biggest demonstration against racism in Oslo held last 5th June, stories of discrimination and racial profiling have come out in the mainstream media with people of various ethnic backgrounds recounting experiences of racism in Norway.

“The government has to extend the protection they provide to every citizen and not based on colour or ethnicity.” Yohannes added.

Updated 15th June, 11:38 PM. Article has been updated to include quotes from Rahwa Yohannes.