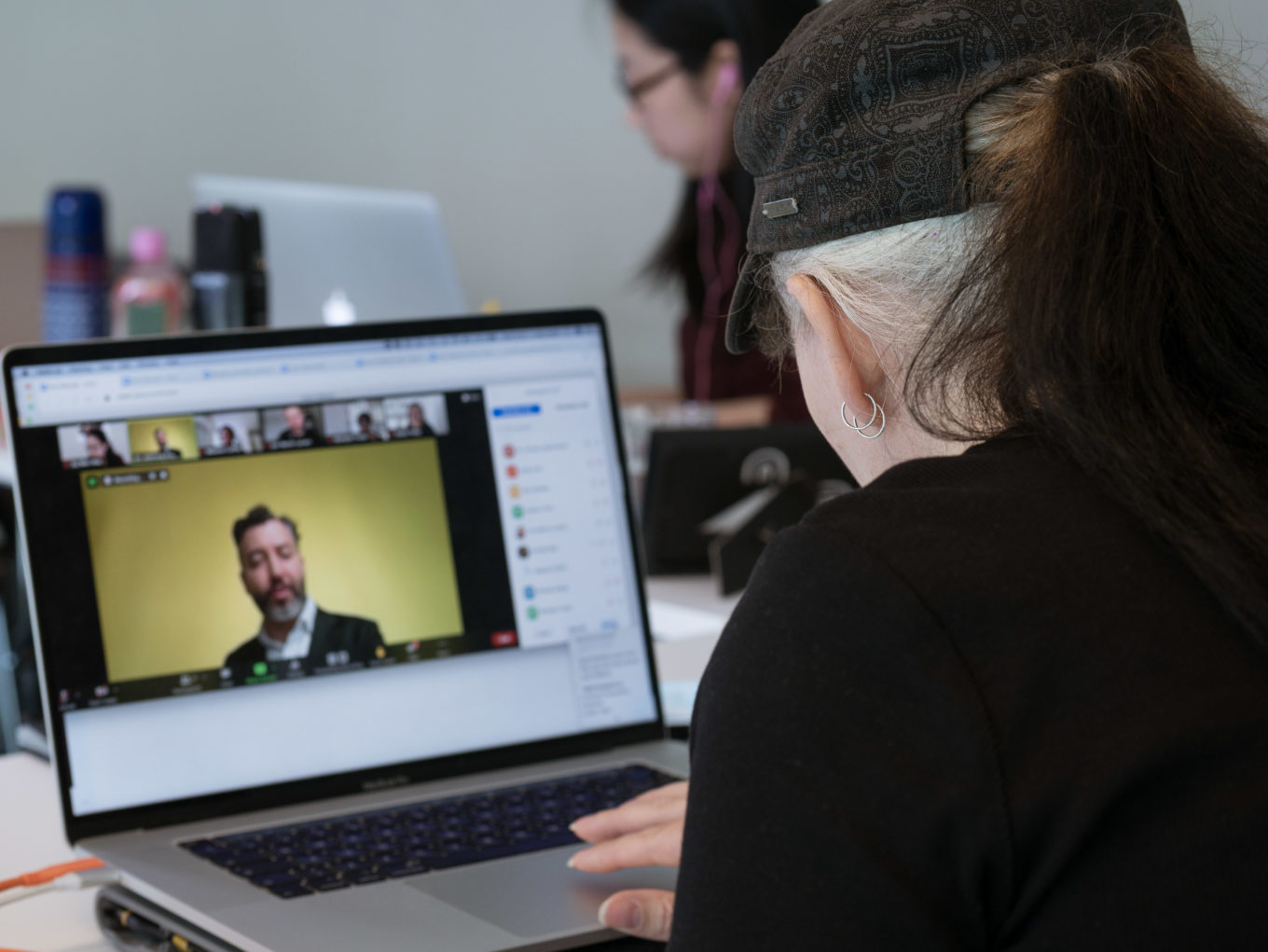 On Wednesday 24th March, the team behind The Oslo Desk (TOD) media organization, brought together journalists, activists and academics to interrogate the themes of diversity, equity and inclusion (DEI) in Norwegian media circles at the inaugural TOD Conference. The brainchild of The Oslo Desk’s founder, Ka Man Mak, for her the aim was to explore the power structures within the Norwegian news industry; how stories are told and by whom; and the consequent effect this has on the national dialogue.

The conference was divided into two parts, where the first half featured speakers tackling the question of Diversity, Equity and Inclusion (DEI) in Norwegian Newsrooms. The second half of the conference dealt with Language, Narrative and Power in Mass Media.

Ka Man opened with a brief description of how the insular nature of the Norwegian news industry led her to forge her own path and create The Oslo Desk as a media outlet. Her insistence that journalists should be thought of as “gate openers rather than gate keepers” was a theme reinforced by the keynote speakers.

First up was Melanie Coffee, the American, award-winning, former AP (Associated Press) journalist who now resides in Oslo. She zeroed in on the depth of understanding of the term ‘diversity’ in Norway. While it comprises gender, race, sexual orientation among other things, there is a widely held view that the Norwegian conception focuses on gender in a binary way. This has obvious negative effects in terms of the prism through which stories are being told to the public.

Melanie identified various remedies which are being impressed upon leadership teams across both the public and private sector. The need to look outside one’s immediate network is vital, and for people who work in the news industry in Norway, to hold their own newsrooms to a higher standard in this regard. Identifying equity rather than equality would ensure “fair advancement and access of opportunity.”

A lack of DEI led to less trusted newsrooms and worse journalistic standards. While drawing on her own experiences on the issue of allyship she noted the reticence of journalists of colour to speak to her on this issue.

A lack of DEI led to less trusted newsrooms and worse journalistic standards. While drawing on her own experiences on the issue of allyship she noted the reticence of journalists of colour to speak to her on this issue. This points to a very specific problem within the industry. This is where those with the privilege of being able to use their voice had a duty to do so after listening to their colleague’s struggles. She ended by calling out the microaggressions that many people of colour experience in the workplace, and the belief that Norway has a long way to travel in understanding that these are real, they exist and they are a deep source of trauma to those affected.

This was an appropriate segue way into the next speaker, Jon Martin Larsen a lecturer in journalism, politics and communication at Kristiania University College. As a white Norwegian male who has worked in a number of senior editorial roles in Norway he was at the coalface of the DEI problems. Now as a teacher of young aspiring journalists he is invested in attracting talents with minority backgrounds into journalism. He is struck by the numbers of students with minority backgrounds taking his courses, but very few being hired.

Having a minority background himself as the son of a Turkish father, while also being an openly gay man, he is familiar with attempts at marginalization. He diagnoses the problem of many editors not asking for ethnic minority sources. As a result, many journalists fail to build networks within these communities. In his opinion, the dearth of diverse voices in the newsroom impacts on the standard of journalism and has larger effects such as failing to expand international audiences. In an industry of low margins and competition with Google and Facebook this is business threatening. A point he made throughout was that it was incumbent on newsrooms to expand their internship programmes to more minority candidates and he is currently developing  a mentorship initiative to begin this year.

He was followed by another academic, Dr. George Anthony Giannoumis, an associate professor within the computer science department at Oslo Metropolitan University. He correctly states that DEI is a global problem, not just a Norwegian one. He prefers to term the problem as “looking at audiences in a multi-dimensional way.” Anthony has spent the bulk of his career examining ‘universal design’ which simply put is the “design of technology to be usable for all people without special fixes…it works out of the box for everyone.”

In order to reach usability, technology must be (i) effective, (ii) efficient and (iii) satisfying. That is defined as: can it be used successfully?; quickly?; does it leave the user content?  His research requires him to ask ‘can all the world’s people use it?’ The answer is manifestly no, hence the commonly used phrase the “general public” is redundant. On a superficial level hundreds of millions of the global population don’t have access to many technologies. A deeper dive shows dichotomies between young vs old; able bodied vs disabled; women and girls vs men and boys. Dr Anthony explains that understanding people’s lived experiences will aid social equality, human diversity, accessibility and usability, and the participatory processes.

The final speaker of the programme was Xueqi Pang, a Chinese-Norwegian journalist for Norway’s largest newspaper, Verdens Gang (VG). She is a trailblazer as she is one of the few journalists in Norway using the popular social media app, Snapchat to report her stories.

She spoke of her own experiences as a child growing up in Norway in the early noughties after arriving here from China, aged six. Much of the bullying she suffered was reflected by stereotypes and caricatures invoked by Norwegian media. Even as a child she observed how the media either portrayed East Asians as a figure of fun or as victims. In her opinion there does seem to be less interest in serious news items where East Asians are central characters.

She has definitely seen more balance in recent years and there are more Asian journalists being hired. However, the perception of China is still often framed within a battle between East vs West, like the new Cold War. This is reinforced by the lack of East Asian voices in newsrooms and leads to trivialities such as dog meat festivals that do occur. However, as Xueqi points out, how different is that from a dairy market to a vegan?

The Q&A was a lively affair. All the panelists acknowledged the tick-box nature of many diversity schemes, and that more was required than lofty ambitions prefaced by “we want more minority candidates.” The industry needs to shift the onus from those seeking to break in to the industry, to those preserving the power structure. A levelling of the playing field is needed as well as access to mentors. The Q&A also touched on the changing face of the industry with the growth of artificial intelligence, and of course the importance of multimedia which is being brought home by the pandemic.

Disclaimer: The views, thoughts, and opinions expressed in the text belong solely to the author, and not necessarily to the author’s employer, organization, committee or other group or individual.

You can re-watch our conference on our YouTube channel:

Michael Adade is a British born expat who has lived in Oslo nearly five years. A trained lawyer, he has worked in finance, communications and also ran his own business. Since moving to Oslo he has chronicled his own immigrant experience, one that his own parents went through 45 years ago. The parallels have fascinated him and led to him increasing his own political activism as well as writing.