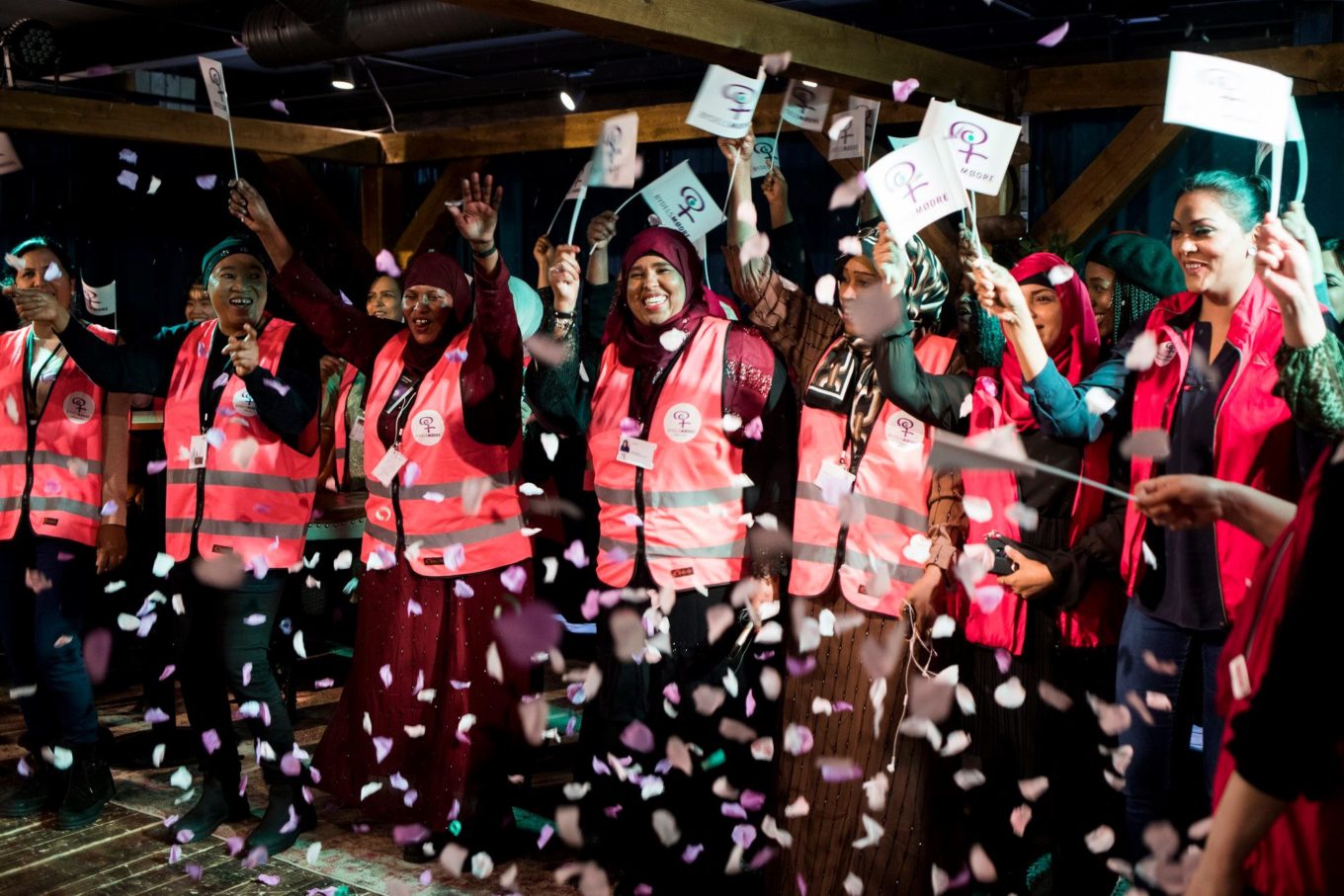 In the Stovner district of Oslo, district mothers like Ismahan Ahmed Adan (30) work as volunteers to help immigrant women from different backgrounds navigate their way through and around the Norwegian system and society.

Like all the other 131 districts mothers in 6 districts in Oslo, Adan is part of a volunteer initiative called Bydelsmødre that was started in 2016 to support immigrant women’s access to available services for women in the city. They also act as middlemen between these women who cannot speak or use little Norwegian and the different public institutions that they need help from.

“Primarily, what we do in district mothers or Bydelsmødre is support and help other women in our community, mainly isolated women, women that had problems, (but) they are not able to contact the other institutions in the community, (so) we help them in the languages of these women understand, and we support them with what they need,” Adan explained.

At present, district mothers come from 35 different countries who are able to speak different languages of women that may need help. They can be found in areas with a lot of immigrant population, such as Stovner and Grorud.

Bydelsmødre considers the help they gave to an 8-month pregnant Somalian woman who got help from a district mother in time to save her and her baby’s life as one of their success stories. Unable to speak the language, the pregnant woman turned to a district mother for help to bring her to the hospital.

“This woman was really afraid to contact the hospital by herself because she was afraid of the language barrier and she did not even know her rights like having the right to have an interpreter but she knew about Bydelsmødre and the work we do. She got help that way,” Adan recounted.

By helping a lot of women, many are getting to know their work and Bydelsmødre is getting positive results for their efforts too. Adan wishes to replicate their successes by having a district mother in every district or neighbourhood in Oslo, if not, in every district in Norway.

Aside from assisting women, the district mothers also document the assistance they gave to women in an application that is accessed by their headquarters to collate the information and statistics, so that it can be passed onto the districts to help them tailor services for immigrant women in their areas.

District mothers are also proving to be valuable to institutions as their wide network and multi-lingual skills are helpful to them in reaching out to immigrant women who may need their services.

A course being held for participants of Bydelsmødre to learn about how it is like to be a young person and how to communicate with them. Photo: Bydelsmødre

As a Somali raised in Norway, Adan has access to family’s network of immigrant women in the Somali community. This can be valuable in being able to identify isolated women who may need help and getting them in touch with the right institutions to access their services.

“We have the ability to get in touch with these women because of our large network among the minority women communities; as district mothers also know these communities and they speak the language of their communities, and this is the network and the resources that most institutions do not have,” Adan said.

Juggling study, family and work as a multicultural doula at Oslo university hospital, Adan explained her commitment to volunteer as a district mother as a “passion” to help immigrant women like herself.

“I feel fortunate enough to be able to be help other women and their families. It is just an honor (to) be a part of such an amazing group,” Adan added.

Learning the Language is Key

While admitting that the work they do at Bydelsmødre has more to do with inclusion than integration, she pointed out that helping immigrant women out of isolation is the first step towards inclusion. However, it is still a long way towards integration where the women would feel secure in every aspect of their life. And for them to get to that point, Adan thinks language is key.

Aside from assisting women, Bydelsmødre is also pushing for more workplace diversity in the public institutions by hiring more people with various cultural backgrounds. This is to make it easier for these immigrant women to entrust them information that the institutions need to get proper help. It will also address the issue of mistrust among immigrants of public institutions.

Earning the trust of the women they are helping is crucial to institutions as they need these women to turn to them for access to right information, instead of merely relying on their informal and social networks.

While there are a lot of initiatives that work towards integration and inclusion of immigrant women in Oslo, Adan thinks there is a need to bring these initiatives together in a common platform so they will be able to support each other.

She said that they are trying to show the government their work so that they can see their effort as a true integration initiative that needs support. If the governments do not see that it is worthy of support, she says that they may not be able to sustain the project in the long-term.

Aside from dealing with scepticism from individuals or groups who question their focus on immigrant women, the organization also struggles to recruit volunteers and keep them. Out of the 21 who completed the Bydelsmødre course, only 9 remained active.

“We are not many, and we wish we were many, many more,” Adan concluded.

The case of Bydelsmødre as a community-initiated inclusion initiative, was supposed to be presented at the three-day conference in Oslo that will feature different initiatives for an inclusive society, and as part of exchanging knowledge and practices under the project, Family+ that is partly funded by Eramus Plus programme of the European Union.

Instead, they were interviewed by The Oslo Desk for a podcast series on different inclusive practices for migrants in collaboration with the adult learning center, Oslo VO Rosenhof.  The podcast can be listened to here.

Disclaimer: This article was based on a TODCAST interview with Ismahan Ahmed Adan. After reading the article, Bydelmødre Norge, through its communication office, sent a clarification to The Oslo Desk on some points. It wants to clarify that Bydelsmødre is not struggling with recruitment although it admitted that not all original volunteers in bydel (district) Stovner remained active and that 12 (not 9 as written in the article) out of 21 are still active in the bydel. Also, it added that about 75-80% of the volunteers that complete the (Bydelsmødre) education for all Oslo districts stay active.

It also pointed out that, in general, the organization does not really face problems with scepticism from those who question their focus on immigrant women and that the overwhelming majority of feedbacks on their work has been positive. However, it is acknowledged that there had been negative comments on social media but that they believe these comments were directed towards immigrants in general, and not at Bydelsmødre in particular.